Born in Albert Lea, 1946, passed away peacefully in the company of loved ones due to heart failure on January 17, 2021. Ron is survived by his life partner of 33 years, Mary Severtson; as well as his daughter, Kim Quam (husband Craig and children Sedona and Sam); and sons Darren Thompson (children Tristen, Lauren, and Megan), Chad Severtson (wife Nicky, and children Caden and Carson), and Jason Severtson (wife Laurie); as well as brothers Clarence Thompson Jr., Thomas Thompson, Bruce Stenhoven, Ray Gavle along with sisters Joan Jeitz and Ramona Skola. He was preceded in death by his father, Clarence Andrew Thompson Sr. and brother Orice Gavle. 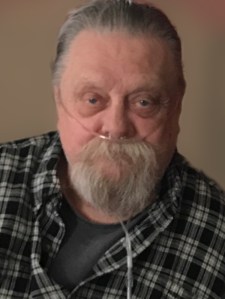 Ron was an intelligent and fiercely loyal friend who spent many years traveling with the US Navy as a submarine sonar specialist. Darren and Kim fondly remember dinner and films with their dad on the submarine, especially their first viewing of the movie Jaws! Ron was gifted with both violin and hockey skills at a young age, and later became well-versed in electronics. This knowledge served him well in his military career, and later in his employment at Honeywell and General Dynamics. His many years of seasonal employment with Highway Services allowed him to spend additional time with his family. He also appreciated time spent relaxing with Mary and her family in Mexico. Ron’s memory will be treasured by a core group of friends and motorcycle enthusiasts. Those that knew him well may know he earned his ‘broken wing’ patch by taking his Harley off a Mississippi pier into the Gulf of Mexico. His loved ones are grateful that Mary kept him ‘grounded’ the rest of the time, and was also his devoted caretaker when life got tough.

Ron will be honored with a small family gathering and a later burial at Graceland of Albert Lea. Condolences may be sent to Bayview Funeral Home of Albert Lea.