Rosalie Ann ‘Rosie’ Rasmussen passed away peacefully on January 25, 2021 after a 9.5 year battle with cancer. She was 78 years old. 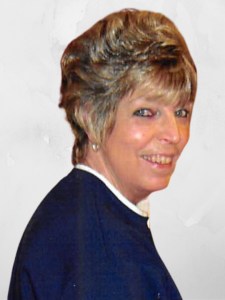 A visitation and funeral services were held on January 28 and 29, 2021. You may view a recording of Rosie’s service on her obituary page at www.bonnerupfuneralservice.com.

Rosie was born in Albert Lea on July 8, 1942 to George and Eunice (Halseth) Wichmann. She was baptized at First Lutheran Church and later graduated from Central High School. On April 28, 1962 Rosie Wichmann married Vernon ‘Vern’ Rasmussen, together, they raised two daughters, Tami and Sherri. Rosie worked as a legal secretary which was one of her greatest accomplishments. She later worked as a secretary for banks and psychology offices. She also spent many years as a Realtor in the Albert Lea area. She enjoyed working out in the community and being around people.

Known to many as the ‘Bubbling Blonde’, Rosie could often be found making new friends wherever she went, especially her trips to Herberger’s and Shopko. Rosie enjoyed music of all kinds and especially loved to sing. Laughter was a big part of her life and Rosie could always bring a smile to those around her. Even in her last days, she was still singing. “I Love You a Bushel and a Peck” was one of her favorite songs and she would always sing it to her great grandkids who affectionately gave her the nickname “Ro Ro”. She had the biggest heart had a deep love for her kids, grandkids, and great grandkids.

She loved flowers and would plant several each spring. Rosie was an excellent cook and baker, and from time to time could be found with her favorite jelly donut and Diet Coke in hand. She enjoyed many years of going to rummage sales, shopping and camping with her family. The song “This Little Light of Mine” seems to have been written for Rosie, as she always lived her life letting her light shine.

She is preceded in death by her parents George and Eunice Wichmann.

May her little light shine forever.