Gilbert Lee Schuhmacher, 45 passed away January 31, 2021 from natural causes. Gilbert was born April 27, 1975 at Edwards Air Force Base, CA before moving to Minnesota later that year. He spent his childhood in Albert Lea with his father and two sisters. Gilbert attended Albert Lea High School and enjoyed shooting hoops, busting out the occasional dance moves and just hanging out with friends. Gilbert joined the army in 1997 and served until 2001 as an information system software/hardware analysts. 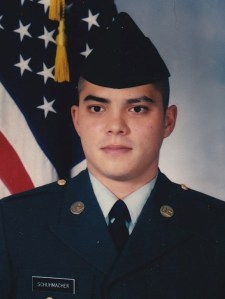 Gilbert was a proud loving father of his sons Juleon and Xavier. He cherished the cook outs and camping trips with his family. Gilbert loved entertaining, playing guitar and proving himself worthy of being the next top chef. He would proudly display his culinary masterpieces and say, “presentation is everything.” In his spare time he loved tinkering with electronics. He was a handyman and always kept himself busy with different projects, whether it was repairing a broken laptop or trying to revive a beat up car. He was known for his kind hearted generosity, infectious smile and personality. He was a loyal friend and was always willing to lend a helping hand. Gilbert will forever be remembered and greatly missed by so many close friends and family. 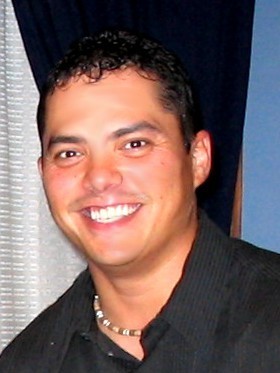 Due to Covid-19 restriction the family will be having a private service with military honors at Fort Snelling, Minneapolis MN.

In lieu of flowers, donations can be made to Disabled American Veterans (DAV)