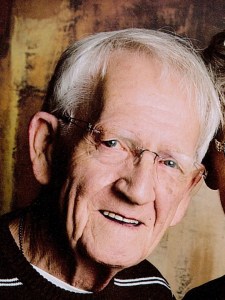 John was born March 26, 1942 in Albert Lea, Minnesota the son of Walter and Aldene Thompson and raised by Elmer and Dorothy (Pederson) Jensen. He married Monica Polley on March 23, 1973 in Albert Lea.

John is survived by his wife of 48 years, Monica; his daughters, Jeri Lynn (and Robert) Shafer of Galesburg and Jennifer (and Travis) Stoneking of East Galesburg; his grandchildren, Jensen Belle and Graysen James Stoneking; his brother, Don Thompson of St. Paul, Minnesota; his sister, Alice Holst of Austin, Minnesota and mother and father-in-law, Richard and Jean Polley of Albert Lea; and his brothers and sisters-in-law, Dick and Deb Polley, David and Sue Farmer, Brian and Teri Demmer and Todd and Kim Dilling all of Minnesota. He is preceded in death by his parents and his grandparents.

John graduated from Albert Lea High school in 1960 and had lived in Minnesota, Iowa, and Kentucky before settling in Illinois. John worked as the workers compensation director and safety director for Wilson Foods Corporation for 28 years. After his retirement, his love of golf led him to Oak Run Golf Course working there for 10 years. He served as the mayor and a board of trustee for East Galesburg. John also served on the board of directors for Praireland Credit Union. While living in Kentucky John was a part of the Camping Road Runners Club. He had attended the Knoxville United Methodist Church.

John was a member of the Elks Lodge #894, where he acquired a great group of friends that enjoyed golfing and just simply hanging out on a weekly basis. John instilled the importance of family to his daughters, taking them on numerous family vacations. John was a perfectionist when it came to building projects and fixing things. He loved to cook and grill, and passed this love on to his son-in-law. His girls and grandchildren could depend on Papa, for a ride to any of their events or simply to help with the dogs. Even though his bark was bigger than his bite, his grumpy demeanor will be missed by many.

John’s wishes were to be cremated. A Celebration of his life will be held at a later date, when all can gather. Hinchliff-Pearson-West Funeral Directors and Cremation Services Galesburg Chapel is assisting the family with arrangements. Memorials may be made to JDRF (The Juvenile Diabetes Research Foundation) in honor of his granddaughter, Jensen. Online condolences may be made at www.h-p-w.com