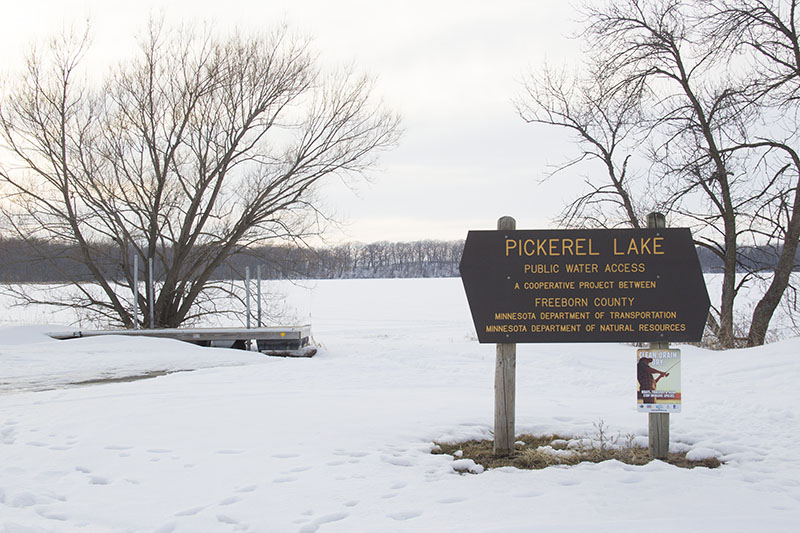 Snow still remains over much of Pickerel Lake, where there was recently a winter fish kill. Sarah Stultz/Albert Lea Tribune 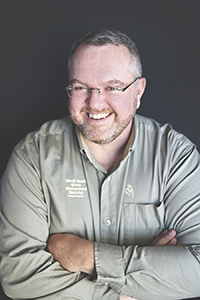 The bitter cold stretch plus the snow on the lake likely contributed to not allowing sunlight to reach the bottom of the lake where submerged vegetation and algae create oxygen through photosynthesis, he said. The area also did not receive much rain last fall and went into the winter with low water levels.

According to the DNR, in small, shallow lakes, the available oxygen can be used up quickly by live plants that consume oxygen in the evening, by fish and by bacteria that feed on dead and decaying vegetation. When the oxygen level declines, less tolerant fish species and fish in poor condition begin to suffocate.

Henschel said fish kills can happen in bigger lakes as well, referencing a large fish kill in Albert Lea Lake in the winter of 2003-04 and a smaller one in 2002.

A fish kill last occurred in Pickerel Lake probably between two and four years ago, and he said they appear to occur every couple years in that lake.

The DNR website states a winterkill is a natural process, and not all results are detrimental. In many cases it can help thin out the less desirable fish.

Henschel said it is difficult to determine how many fish were killed, but it does not appear to have killed all of them.

The DNR will restock the lake with northern pike and perch in the spring, and Henschel said the lake in the past has had some of the fastest growth rates the DNR has seen. In addition to pike and perch, the lake has also been stocked with bluegill.

The administrator said the district has previously requested an aerator be put in Pickerel Lake, but the DNR declined the request. He said the explanation was that while attempting to keep the good fish alive, the aerator would have the same opportunity to keep the rough fish alive that could harm the lake.