Marcia Jean Gordinier, age 71, passed away on February 9, 2021, after a valiant battle with ovarian cancer. She was surrounded by and wrapped in the love of her children, grandchildren, and the love of her life, Garry. 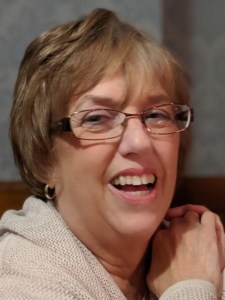 Her heart was as big as her smile, and her open-mindedness and authenticity fostered many wonderful friendships along the way.

Marcia was born January 12, 1950 in Madison Wisconsin, the second of six children. She attended Madison West High School and found her passion in music and singing. In 1967, she followed her passion to Depere, Wisconsin, and attended a music program at Saint Norbert’s college, where she met her life partner, Garry. After 50 years of marriage and hundreds of duets, they were still smitten with one another and each other’s greatest passion.

A natural nurturer, Marcia spent many years doing in-home childcare. She was unrelenting in her commitment to care for and support the people in her life and was simultaneously the busiest and most joyful person in the room. When the family relocated to Geneva Minnesota Marcia worked alongside Garry at the bank until she retired in 2013. Not one to slow down, Marcia committed her “extra” time to the church. She was proud of her role there and in true Marcia-style, developed a kinship with her church family.

Outside of her family life Marcia enjoyed many extra-curricular activities, including the Sweet Adeline’s and her beloved quartet, a bowling league, card club, PACE club and the church choir. She loved to camp and travel with “her” Garry, and they were fortunate enough to have one last adventure in October with their dear friends of 50 years.

Despite her grim diagnosis in July 2019, Marcia’s bright light did not dim. She chose to stay on the sunny side of things and to live her life to the fullest until the end. And that’s exactly what she did.

Marcia was preceded in death by her parents, Glenn and Kathryn Briggs; and her sister, Cheryl Anacker. She is survived by her husband Garry; her five children, Chad Gordinier, Erin Gordinier, Angela Buytaert (Kris), Nicole Burrow (Samuel) and Kathryn Fuller (Anthony); her twelve grandchildren, Kaleb, Quinn, Paige, Pearce, Addison, Ireland, Charlie, Payton, Phoebe, Gryffin, Sunny and Peter; her siblings, Terry, Patty, Jeff and Peter; her nieces and nephews; and her many friends. She cherished them all!

A funeral service is scheduled for Monday, February 15, 2021 at 1:00pm, with a visitation beforehand beginning at 11:00am at Ellendale United Methodist Church in Ellendale, Minnesota, with Pastor Randy Cirksena officiating. Services will be livestreamed on Marcia’s obituary page on the Bonnerup Funeral Service website.