Area residents dig out from snowstorm 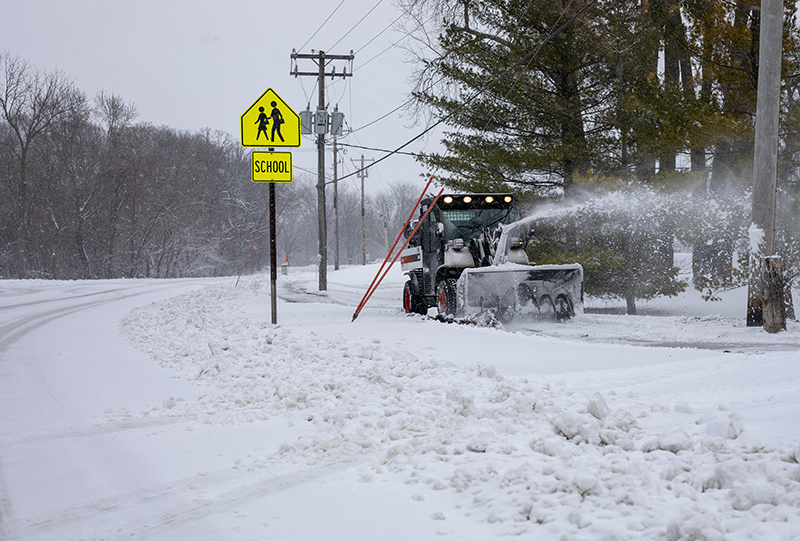 Area residents began to dig out from the snowstorm Monday evening that dropped 8 inches of snow on Albert Lea.

According to the National Weather Service, much of the area received at least 6 inches of snow — Clarks Grove received 9 inches and Lake Mills received 8.8 inches, while Owatonna got 5 inches.

The storm led to difficult travel conditions and several traffic crashes, according to local and state authorities.

A 16-year-old girl was taken to Mayo Clinic Health System in Albert Lea at 4:36 p.m. Monday after the 2004 Toyota Highlander she was driving went into the ditch near Highway 22 and 90th Street in Faribault County, according to the Minnesota State Patrol.

Plows in the city of Albert Lea were slated to go out at 2 a.m. today. Road conditions on most state highways on Tuesday morning were listed as back to normal, though Interstate 90 between Albert Lea and Wells was listed as partially covered with snow.

Temperatures and weather conditions are expected to rebound the rest of the week and be in the mid-40s Thursday and Friday and the lower 50s on Saturday.