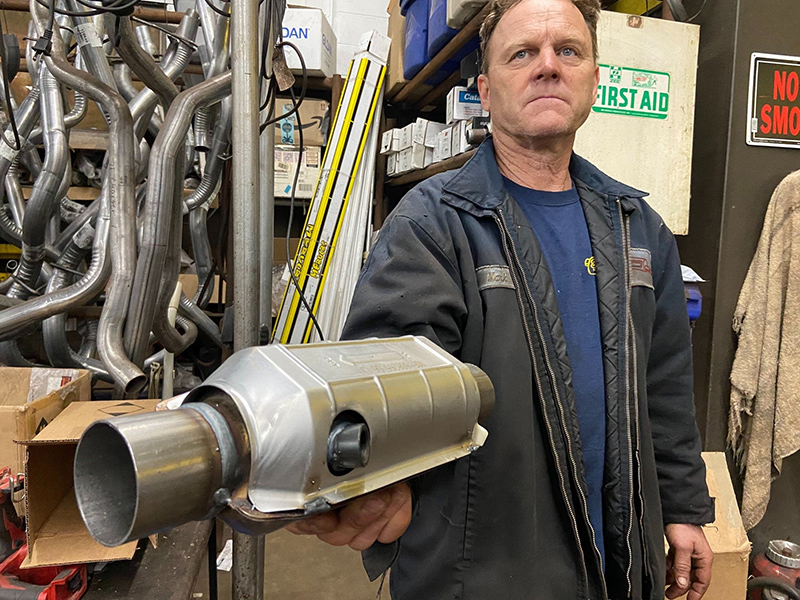 Jean Bentley is a retired nurse from St. Paul who, back in January, picked up a shift at a nearby clinic that was short-staffed for the day.

When her shift was over a little after 5 p.m., she walked out to the parking lot to start her Toyota Prius.

Bentley knew immediately what that noise meant. She had friends and neighbors who also had catalytic converters sawed off from their cars. She had insurance to get it fixed, but her deductible was $1,000.

“So I just had to bite it. You’ve got to get it fixed. But it’s a shame, you know, when you’re trying to work extra shifts, and help out, and then you’re paying extra money instead of saving.”

Catalytic converter thefts have been in the news before, but they’ve exploded over the past year. According to the National Insurance Crime Bureau, in 2019, on average, 282 thefts were reported each month. Last year, that number jumped to about 1,200 per month.

And law enforcement officials from Duluth to Rochester to the Twin Cities, and across the country, say the trend is intensifying this year as the value of the precious metals found in catalytic converters skyrockets.

One catalytic converter only contains a few grams of metals such as platinum, palladium and rhodium, which scrub harmful pollutants from car exhaust.

“The problem is that they’re just worth so much,” said Paul Dauenhauer, a chemical engineering and material science professor at the University of Minnesota. “We think of platinum as more valuable than gold. But rhodium is 10 times more valuable than platinum. So in the end, even if [there’s] just a small amount of metal in a catalytic converter, it’s just worth so much per ounce.”

Catalytic converters are muffler-shaped devices installed on the undersides of vehicles. When cars and trucks burn gas, the exhaust has harmful contaminants in it, including carbon monoxide and nitrous oxide, which is the stuff that causes acid rain. Catalytic converters break down those compounds before they’re released into the air.

“And we need that to happen really fast because you can imagine that the gases leave the engine very fast and come out the exhaust pipe,” said Michael Moats, a professor of metallurgical engineering at the Missouri University of Science and Technology. “So we need to have highly active metals to promote those chemical reactions.”

And the best metals to do that are the platinum-group metals, which also include palladium and rhodium. As the prices of those metals have soared — rhodium has increased by about 50 percent in the past three months — catalytic converter thefts have spread across the country, even to Rolla, Mo., where Moats lives, about 100 miles outside St. Louis.

“It is everywhere,” said Moats. Recently, he said, “the catalytic converters were stolen off of our church vans.”

Most of these metals are mined in South Africa, where production slowed during the pandemic. At the same time that supply was diminished, Moats said there’s also growing demand for these metals around the world, especially in China — because more people are buying cars and because more countries are passing stricter pollution laws.

“There are more cars being driven in China, and there are more regulations. So that’s part of the driving force as well,” Moats said.

Thieves can slither under cars and saw them off in just a couple minutes. Pickups are popular targets, in part because they’re higher off the ground. So is the Toyota Prius because it’s a hybrid, which only operates on gas part of the time, the catalytic converter doesn’t get used as much — so the precious metals inside are less likely to be corroded.

Numbers from the insurance industry show Minnesota with the third-most catalytic converter thefts in the country over the past year, trailing only California and Texas.

“We’d frequently see reports where an officer would pull over a vehicle for a traffic violation. And one thing would lead to another and they’d find a trunk full of catalytic converters, and a Sawzall and jacks,” said St. Paul police spokesperson Steve Linder, who said that reports of thefts have tripled just in the first two months of 2021, compared to the same period last year. “But unless we catch them in the act, there’s not a lot we can do.”

That’s because there’s no way to trace a catalytic converter back to the car it was stolen from.

Linders said a single catalytic converter can fetch up to $300 at a scrapyard.

Lawmakers in nearly 20 states, including Minnesota, have proposed legislation to try to restrict the sale of catalytic converters.

State Sen. John Marty, DFL-Roseville, has introduced one of several competing measures at the Minnesota Legislature. His bill would require anyone possessing a used catalytic converter to have proof of ownership. It would also ban cash sales.

“I’ve heard from multiple people who have had converters replaced and then stolen again,” said Marty. “And it’s often hitting people in core cities like in Duluth or the Twin Cities where a lot of people park on the street. They don’t have garages.”

Marty said many people he’s talked to have $500 or $1,000 deductibles. But some people don’t have insurance at all.

Mark Kulda, a spokesperson for the Insurance Federation of Minnesota, says about three-quarters of Minnesotans carry optional comprehensive car insurance, which covers damage not caused by an accident. And he said the rise in theft is going to eventually raise premiums for those who do.

“We don’t know what that’s going to end up being,” Kulda said. “What eventually it’s going to cost. What we do know is it will definitely have an impact.”

In the meantime, a lot of car owners, including Jean Bentley, are taking matters into their own hands, and having specialized locks installed under their cars to deter thieves.

There is one glimmer of hope in this story: As electric vehicles become more popular, this problem will gradually fade away. Since those cars don’t use gas, they don’t need catalytic converters. 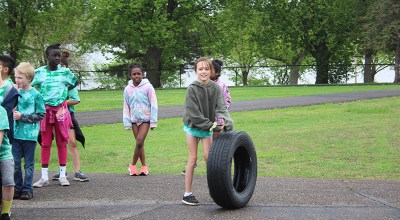