COVID-19 update: Vaccinations up; U campuses to reopen fully in fall 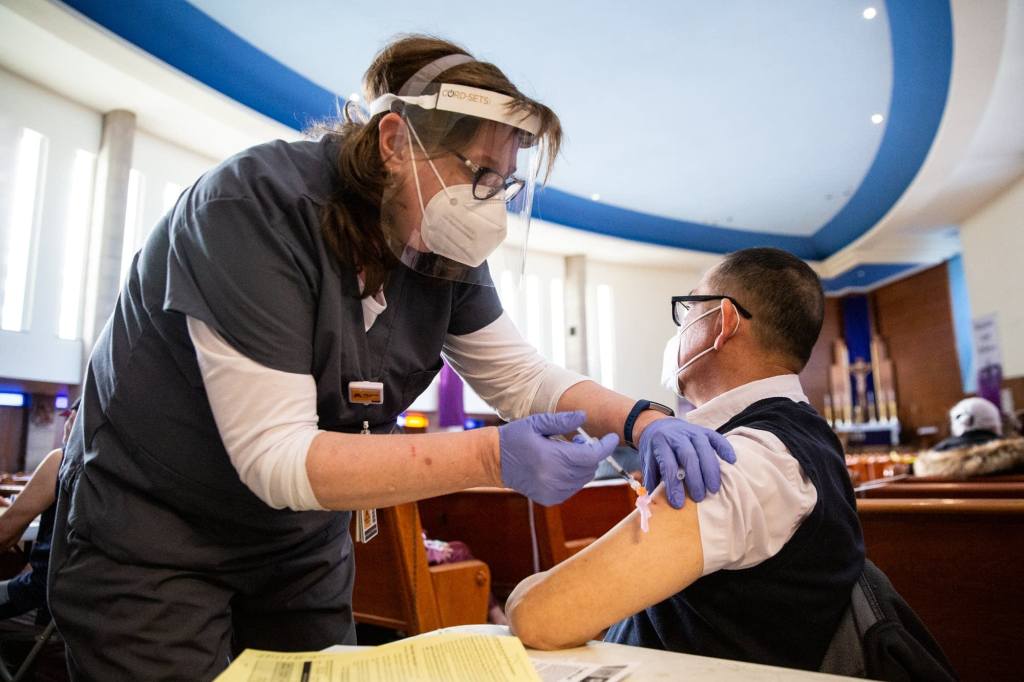 Minnesota’s COVID-19 vaccination pace is rising, and state officials remain confident they’re on a path to offering a shot to every Minnesota adult starting in late April.

While there’s been an uptick recently in known, active COVID-19 cases, conditions are improving to the point where Gov. Tim Walz on Friday unveiled a major pullback on Minnesota’s remaining COVID-19 restrictions, expanding gatherings in bars and restaurants, sports and other larger gatherings.

The University of Minnesota on Friday morning also announced that all of its campuses are planning to return to fully on-campus operations this fall. The U Twin Cities is the region’s largest college campus, so it’s likely other schools may follow its lead.

The Health Department on Friday reported more than 48,000 new vaccinations. The seven-day trend is running at more than 42,400 shots daily, the highest since vaccinations began in late December.

Agency data shows more than 660,000 people — 12 percent of the state’s population — have completed their vaccinations, while more than 1.1 million — about 21 percent — had received at least one dose, including more than 71 percent of people age 65 and older.

Because doses are shipped once a week, the state often sees its vaccination counts jump from Thursday through Sunday.

Officials continue to urge Minnesotans to stay vigilant against the disease, wearing masks in public gathering spaces and socially distancing. Concern continues to bubble around an ongoing outbreak of COVID-19 in Carver County that includes the worrisome U.K. strain.

State public health leaders have described their push to vaccinate Minnesotans as a race against another possible surge in the disease. Walz on Friday said he hoped another 700,000 Minnesotans could get a vaccine dose by April 1.

Minnesota’s COVID-19 numbers show disease conditions continue to stay mostly stable, but there was a noticeable rise in the number of known, active cases. That count came in at 8,338 on Friday, the highest it’s been in more than a month.

While the overall trend remains flat and current counts are still very low compared to late November and early December, the increase is notable given the concerns about the rise of the U.K. COVID-19 strain in Minnesota.

Hospitalization rates remain at levels last seen before the late-fall surge in cases: 240 people are hospitalized with the disease as of Thursday with 66 needing intensive care.

Thirteen newly reported deaths brought Minnesota’s collective in the pandemic toll to 6,737. Among those who’ve died, about 63 percent had been living in long-term care or assisted living facilities; most had underlying health problems.

The state has recorded 495,208 total confirmed or probable cases so far in the pandemic, including 1,107 posted Friday. About 97 percent of Minnesotans known to be infected with COVID-19 in the pandemic have recovered to the point where they no longer need to be isolated.

One new hospitalization and no new deaths were reported.

According to the department of health, as of Wednesday 6,597 people in Freeborn County have received at least one COVID-19 vaccine and 2,957 have received the completed series.