‘God’s given us a heart for the downtown’ 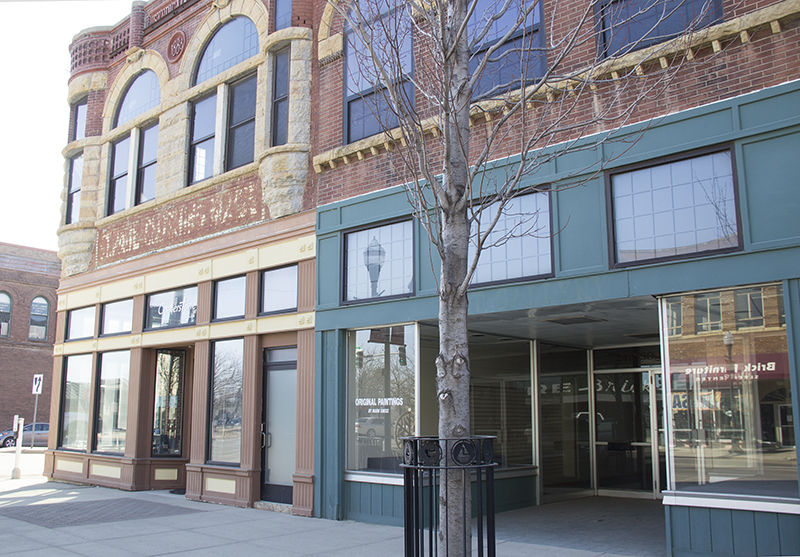 Hope Church on Monday closed on the building at 242 S. Broadway. It now owns both that building and the one next to it at 244 S. Broadway and has plans to renovate both for the church this year. Sarah Stultz/Albert Lea Tribune

Almost seven years after it was founded, Hope Church is expanding in downtown Albert Lea.

Kaleb Hurley, pastor at the church, said the church closed this week on the building at 242 S. Broadway, next to the Community Cornerstone, which is historically known as the St. Paul Clothing House.

Started in 2014 out of Crossroads Church out of a vision to reach more people for Jesus Christ, Hope Church began with 44 people and has since grown to have about 250 people attend services.

Hurley said church members felt called to care for lost and broken people, people who he said maybe weren’t being reached before.

In its first six years, the church met in the Marion Ross Performing Arts Center, until the theater was shut down because of the COVID-19 pandemic last year.

The church was gifted a building known as the Community Cornerstone, at the corner of Broadway and Main Street by AZ-One, a local Christian organization that seeks to unify area churches under Christ. Congregants have met in the building and via online broadcast during the pandemic, but the building is not large enough for all of the church’s needs, particularly for the children’s ministry.

So the church began a fundraising effort to purchase and renovate another space and within the first week raised $85,000. The second week, someone came into his office and gave a $500,000 check, which Hurley described as a game-changer.

Though the church was initially looking to expand into the building directly behind the Community Cornerstone, formerly known as The Color Wheel, the costs there were too great, he said, so on a whim, they decided to pursue the building next-door.

“He never wanted to sell, but all the sudden, he changed his mind,” Hurley said. The church made him an offer, and the offer was accepted. 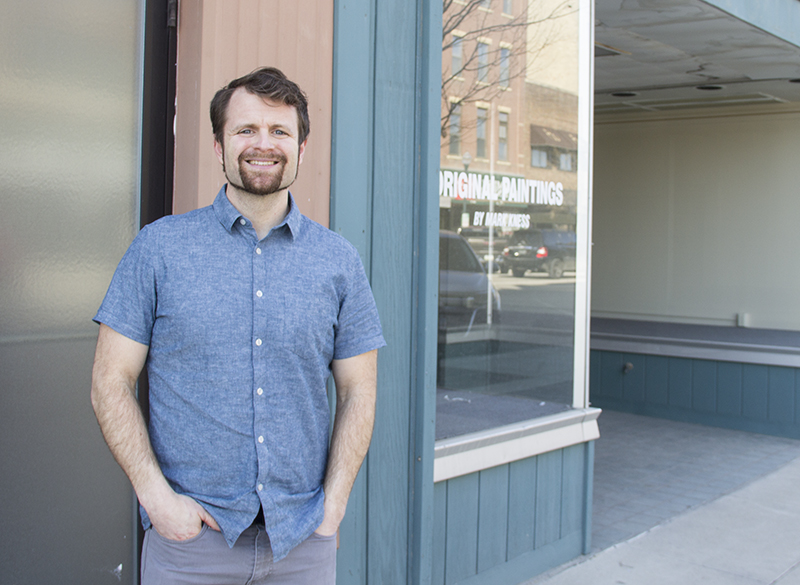 Now that the church has closed on the building, it will now begin the work of merging the two buildings with an upstairs sanctuary spanning the top level of both buildings. They plan to install an elevator and new stairs to the top level as well, and will convert the main level of the Cornerstone building into a youth space and overflow seating for the sanctuary up above. The main level of the second building will be for church offices and a lobby space, and the children’s ministry will be in the lower level.

In addition to the elevator shaft being installed, the church has to install a new HVAC system, sprinklers and other things to get it ready for approval. He estimated they have to raise another half a million for all the work and new furnishings to be completed.

“It’s never what we dreamed. We would have never picked being downtown, squished for parking — it doesn’t make logical sense, “he said. “But as we started praying, we felt this is the door God’s opening.”

Though some day down the road they may pursue a building elsewhere, and have the downtown buildings as a community center, Hurley said for now they feel called to be there.

“We want to be right in the heart of the city,” he said. “We want to share the good news of Jesus with as many people as we can, and God’s given us a heart for the downtown.”

In addition to church services and activities, Hope Church also provides NA and AA meetings, something Hurley said is close to his heart as he grew up in the church and then veered away for a time, getting involved in drugs before he turned his life around.

“I had some church people who wouldn’t give up on me …” he said. “I am grateful that those hands were still out, and we want to continue to be those hands to people.”

He said the church has been fortunate to see growth in the last seven years, something he attributes to being obedient to what God has asked them to do. It serves many in the recovery community but also many who he describes as “broken.”

In addition to the construction this year, he said he is also looking forward to more events with the church out in the community.

The church was recently gifted a large tent from a church in Lakeville, which he hopes the church can use to put on some events this summer and for them to use if necessary for services during the construction.

He said the church is planning a seven-day revival starting the Wednesday after the Fourth of July with children’s events, music and other events for adults as well.

Its annual Party in the Park event at Memorial Park has grown from 300 people its first year to as many as 900 last year with 600 children in attendance.

‘What we’ve been promising’