Jeff Muschler, age 65, passed away on March 17, 2021. He was born on August 21, 1956, the first of six children to Bob and Joan Muschler of Albert Lea, MN. As the oldest, the chaos of five younger siblings was at times too much to manage. One Easter upon the arrival of relatives Arthur and Audrey Muschler and their three children, Jeff managed to crawl on top of the refrigerator and when asked why he said, “I’m trying to get some peace and quiet!” Jeff was more comfortable listening and observing people which he did his whole life. Jeff graduated from Albert Lea Central High School in 1974 with honors. He then graduated with a degree in history from the University of Chicago. It was around that time he was diagnosed with schizophrenia. The often-misunderstood mental illness requires lifelong treatment and was the challenge he would deal with the rest of his life. And he did. Jeff went on to become a para-legal, a tax preparer, and continue to learn new skills. His illness constrained him due to the social aspects of work not his intellectual capabilities, which he would continue to feed and grow. His interests and hobbies fulfilled him including photography (for which he had a darkroom built in his parents basement), writing poetry (including published work in several regional magazines), and especially reading. There was not a time that he did not have reading on his mind, a book in hand, or sharing what he had read with family. His quiet, intelligent and dry sense of humor would surprise people, and then engage others in laughter. Jeff managed his illness well, living independently for 20 years in his apartment in Winona, MN, and he grew content with his passions and limitations. His friends (the breakfast club), family, and support from the Hiawatha Valley Mental Health Center enabled him to live a comfortable and happy life for which we are all grateful. 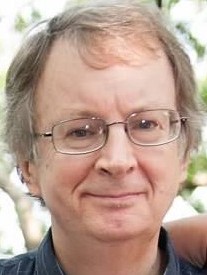 Jeff is survived by his mother, Joan Muschler 94, and all his siblings; Ann Brehmer, Tom, Steve, Matt and Eric Muschler. In addition to 11 nieces and nephews all of whom grew to know his gentle nature, wit, and generous spirit. All of us are much better people for having known and learned from him.

A private family ceremony and blessing with be held at St. Theodore Catholic Church in Albert Lea. Plans are in the works for a family gathering this summer, post-COVID, to celebrate his life. In lieu of flowers, donations may be sent to Hiawatha Valley Mental Health Center, Development Coordinator, 420 East Sarnia Street, Suite 2100, Winona, MN 55987. Online condolences may be left at https://rochestercremationservicesmn.com/.