Little by little, the Ellendale Community Center is getting updated 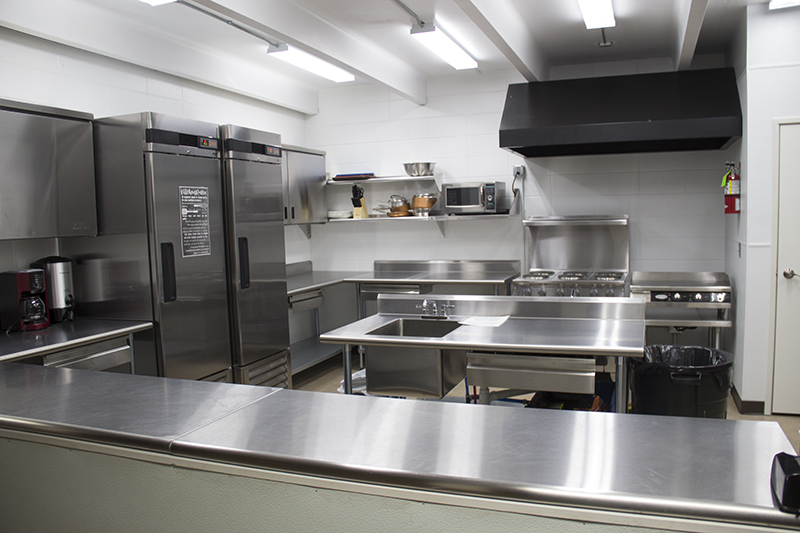 ELLENDALE — Another project at the Ellendale Community Center was completed last summer thanks to a collaboration between the Community Foundation of Ellendale and the city of Ellendale.

Pete Paulson, president of the foundation, said the first renovations at the community center began in 2015 or 2016 as part of a larger plan to update the whole community building.

He said the community center was built in 1975 and has not seen many updates in the years since.

The foundation initially utilized a $10,000 matching grant available through the Southern Minnesota Initiative Foundation for a community project, first updating the entryway of the building to make it handicapped accessible.

After the entrance project came the bathrooms and then last year was the upgrade of the kitchen, which was original to the building.

“The cabinets and the countertops had seen their better days,” Paulson said. “We wanted to get it updated and more in line with commercial codes.”

He said the city has committed money every year toward keeping the community center up and running, and last year contributed about $10,000 for the kitchen project. He estimated the foundation raised about $35,000. The kitchen was initially estimated to cost $65,000.

Paulson said they were able to save money in several areas, including having the fire department help with the demolition, and having three or four volunteers help with painting.

The kitchen was substantially completed in August.

Paulson said though the building has been mostly shut down for outside events because of COVID-19, there were a few wedding events and graduations in the building when it was partially completed.

“People liked the new setup and the brightness and cleanliness,” he said. “We’ve had a good response for what’s been done.”

“The building just hasn’t had a lot of updates to it since it was built in 1975,” he said. “It just needs some sprucing up.”

The Community Foundation of Ellendale has also provided funds for the Ellendale food shelf and has a yearly scholarship it has awarded the last two years for someone going pursuing a trade at a technical school. The foundation is adding a second scholarship for someone entering the health care field.

“Our goal is to increase our endowment funds so we can continue to provide scholarships like that every year,” he said, noting that the foundation also likes to support projects that better the community.

He noted the foundation works closely with the Southern Minnesota Initiative Foundation, which makes it aware when there are grant opportunities available that they can utilize.