Look-alikes enjoy reactions they get often all over town 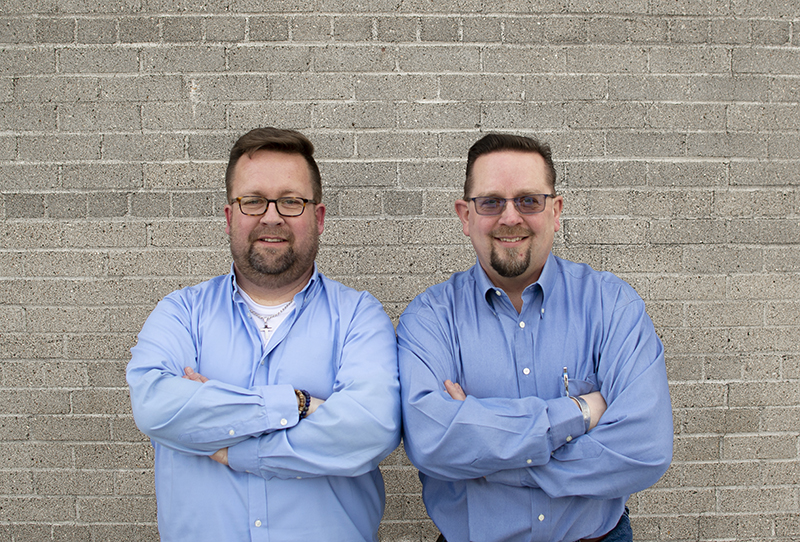 Lance Skov, left, and Andrew Schwarz have often been mistaken for the other in the last few years. Hallie Cantu/Albert Lea Tribune

At Wells Fargo Bank, an employee told him he had a twin in town and that if she ever saw the two of them together, she would introduce them to each other.

Only a few weeks later, while at Green Mill, that introduction happened, and the two men with a close resemblance met for the first time. 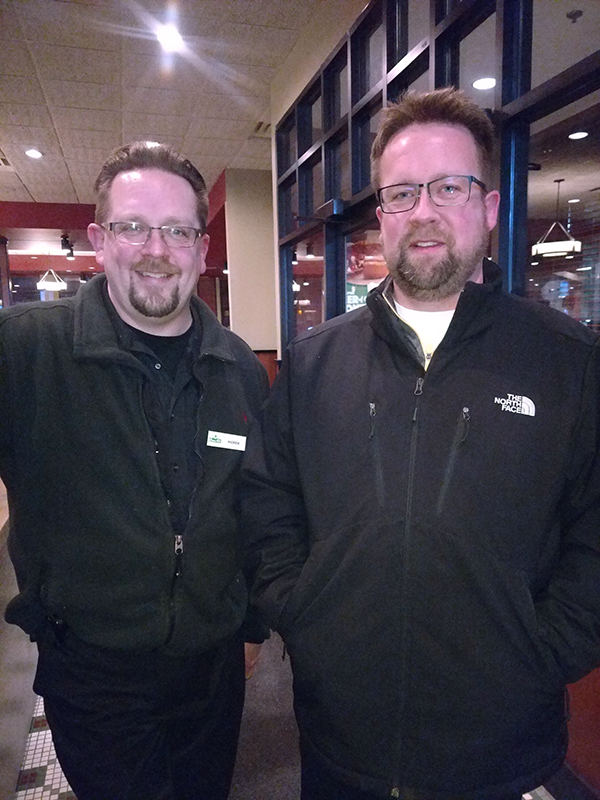 The two often get mistaken for each other  throughout town, whether it’s while walking at the mall, in a McDonald’s drive-thru parking lot or elsewhere.

“I think it’s funny that we are similar looking,” Schwarz said.

Skov said Schwarz was even in the newspaper one time for a new job and his own mother called him and asked him why he hadn’t told her about his job.

“I told him the next time you change jobs, can you let me know?” Skov said with a laugh.

Skov, the son of Laverne and Liz Skov, was born and raised in Albert Lea and graduated from Albert Lea High School in 1989. He earned his bachelor’s degree in accounting from Wartburg College.

After working at Americana National Bank for five years, he worked for a time at Albert Lea Abstract before starting in 2005 at Hill, Larson, Walth and Benda — now known as Hill, Benda, Skov & Bernau — where he has been ever since. He earned his CPA license in 2005 and became a partner at the firm in 2007.

Schwarz was originally from Charles City, Iowa, and lived in Des Moines for several years before moving to Albert Lea in 2012. He started out working at the Holiday Inn, and in 2014 he became a sales consultant at the Verizon store off of Bridge Avenue. He took a year off and worked at Oak Park Place, before recently returning to the phone company, where he says he has a good customer base.

His wife, Corissa, is a paralegal at Peterson, Kolker, Haedt & Benda law firm, and he has two children.

They recalled an Albert Lea-Freeborn County Chamber of Commerce event where they had their photo taken together, and they still have the photo from their first encounter at Green Mill.

If they get called a wrong name, sometimes they point it out, but oftentimes they just play along.

“A while back I went through the McDonald’s line, and someone asked if I went back to Verizon. I said, “Yeah,” Skov said with a laugh.