MPCA wants to change some clean water rules. What does that mean? 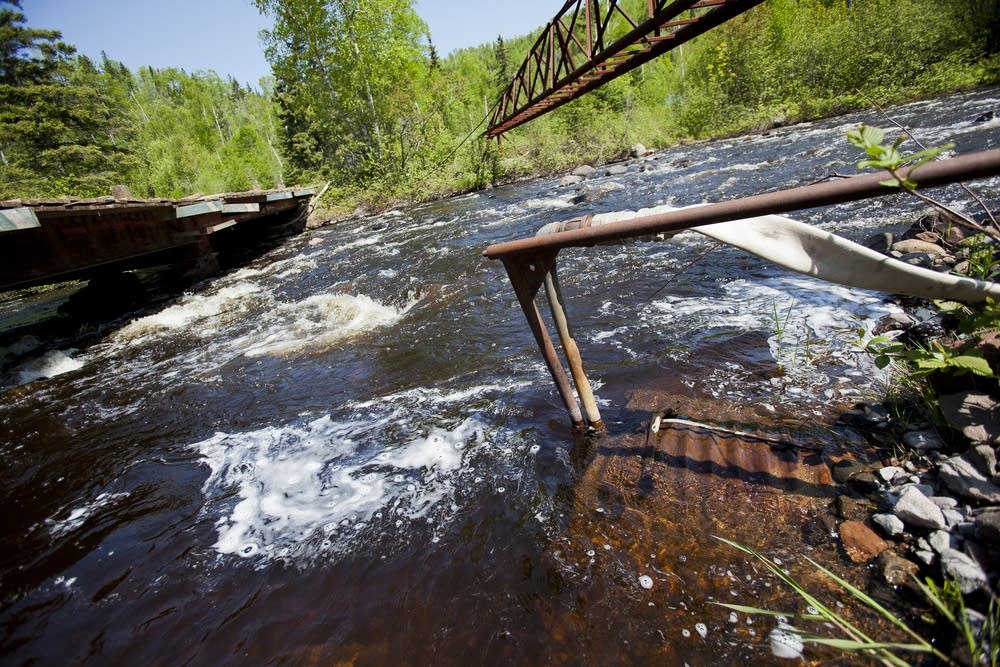 The Poplar River runs past a pumping station and through the Lutsen Mountain Ski Resort in Lutsen. It's among the more than 11,000 lakes, 104,000 miles of rivers and streams and 9 million acres of wetlands in Minnesota, protected through a complex set of standards managed by the state Pollution Control Agency. Derek Montgomery for MPR News file 2011

Minnesota has more than 11,000 lakes, 104,000 miles of rivers and streams and 9 million acres of wetlands — and a complex set of legal protections for all those water bodies.

But some water advocates are worried that proposed changes to some of those protections could lead to more pollution.

They’re called the Class 3 and Class 4 water quality standards, and they are intended to protect water that is used for industrial and agricultural purposes. The Minnesota Pollution Control Agency — which is in charge of protecting the state’s environment, including its waters — is proposing to amend the standards, saying they are based on outdated science.

Here’s a closer look at the standards and the proposed changes.

What are water quality standards, and why do we have them?

Water quality standards are a set of criteria that a water body — such as a lake, river, stream or wetland — needs to meet in order to be used for certain purposes. They’re a way to measure the health of a water body, and to identify waters that are impaired and need protection.

Under the federal Clean Water Act, the state sets standards based on how the water from that lake or river or stream might be used — such as for drinking water; to support aquatic life including fish and insects; or for fishing and swimming.

Other identified uses include providing water for industries, irrigating crops and for livestock and wildlife to drink.

A water body can have more than one of these “beneficial uses”; in fact, most do. Most of Minnesota’s water bodies are protected for aquatic life, industrial and agricultural use.

State regulators use the standards to determine how much of a particular pollutant — such as nutrients, chemicals and minerals — a water body can handle, while still supporting the uses it’s designated for.

The way that the state protects the water for those uses is through permits it issues to facilities that discharge water into that water body, such as an industry or a municipal wastewater treatment plant. Those permits limit how much of certain pollutants they can release into that water body.

What is the Minnesota Pollution Control Agency proposing to change?

The MPCA wants to change the Class 3 and Class 4 standards. Those are designed to protect water that’s used for industrial consumption, agriculture, livestock and wildlife.

The MPCA says that these standards haven’t changed much since they were adopted in the 1960s, and that they’re based on outdated science. Changes have been in the works for several years.

The proposed rules would eliminate some numeric limits on certain pollutants in favor of narrative statements that describe what water quality problems regulators are trying to prevent. They would use what’s called a translator to determine if the permitted facility needs limits on the level of pollutants in their discharge.

Catherine Neuschler, who manages the MPCA’s water assessment work, said there wasn’t a lot of supporting evidence behind some of the existing numeric limits, or they were based on soil, water and climate conditions in other states.

“What we were really trying to do was to build in some flexibility to look at Minnesota-specific conditions, and to make sure we had water quality standards that were really tailored to the conditions that we have in Minnesota,” Neuschler said.

The MPCA says the proposed standards would continue to protect the state’s waters, but would give the agency more flexibility to take a localized approach to issuing permits, reduce delays and avoid unnecessary treatment costs that don’t benefit the environment.

What’s been the response?

Several environmental groups are critical of the changes, which they say would weaken protections for Minnesota’s most important natural resource.

They worry that the narrative standards would be hard to enforce. And they say some of the new numeric limits would be less stringent than the existing ones. They think that could open the door to allowing industries to release, for example, more salty ionic pollutants that could damage Minnesota’s water bodies.

Ann Cohen, senior staff attorney for the nonprofit Minnesota Center for Environmental Advocacy, said even though these changes apply to water meant for industry and agriculture, they also could negatively impact other uses, too.

“A huge body of scientific research has emerged that establishes that these water hardness and salty parameters that were adopted to protect irrigation and industrial users protect aquatic life,” Cohen said. “So if your water gets too salty, and you are a freshwater ecosystem, the creatures living in your ecosystem will not survive that are adapted to freshwater.”

Several tribal nations in Minnesota are also opposed to the changes. They argue that the state hasn’t done the necessary research to show that these changes won’t have an impact downstream. And they’re worried that they could cause degradation of Minnesota’s wild rice waters.

Who is in favor of these proposed changes?

Those who discharge wastewater into Minnesota’s water bodies, and sometimes have difficulty meeting current pollution limits, support these changes.

That includes the state’s major iron ore mining companies, Cleveland-Cliffs and U.S. Steel, which generally back the proposal. So do many cities with wastewater treatment plants that discharge into lakes or rivers.

In places where the groundwater is hard and people tend to use water softeners, a lot of salty pollutants end up at the wastewater treatment plant. Cities sometimes struggle to meet the limits set by their permits based on current standards.

“We’re very concerned that they could be facing costly and environmentally unnecessary effluent limits in their permits based on the old standards,” Elizabeth Wefel, a lobbyist for the Coalition of Greater Minnesota Cities, testified during a hearing on the change in front of an administrative law judge.

As part of the rulemaking process, there was a hearing Feb. 4 before an administrative law judge. The judge is expected to decide within the next few weeks whether to approve the proposal or not.

If it’s approved, the MPCA will formally adopt the new rule and send it to the U.S. Environmental Protection Agency for its approval. If approved, it would go into effect later this year.

Separately, the state is required to review its water quality standards every three years to decide if anything needs changing. That review is currently underway, with a public comment period open through April 9.