Paul Wayne Rietveld, 79, of Kelliher, died suddenly and  unexpectedly at home with his loving wife by his side on February 22, 2021. He was born May 15, 1941 in Albert Lea, MN to Opal (McGill) and Peter Rietveld, the middle of 3 children. He grew up in Clarks Grove, MN, graduating from Albert Lea High School in 1959. He was a US Army veteran and shortly after his honorable discharge, married his bride of nearly 55 years, Berlyn (Jensen) Rietveld, on August 9, 1966. Their marriage was blessed with 3 children and 9 grandchildren. In the early years of their marriage, Paul worked for Queens Mfg. and Streeter, before proudly serving the City of Albert Lea as a professional firefighter for 30 years from 1973-2003. After retiring, he and Berlyn followed through on their dream of moving to the Minnesota Northwoods and made their home outside Kelliher, MN. 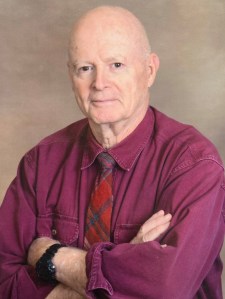 Paul was a tremendous builder, fixer, doer, teacher & mechanic, and he came from a lineage where anything and everything could be done by you and your buddies. He had an incredibly mechanical and creative mind and was a gifted woodworker & a humble craftsman.

Most important to him were his family and his faith in the Lord. Paul had a myriad of interests and was a voracious reader and seeker of knowledge. He cooked, baked, gardened, sewed, built and tinkered on everything. He loved fishing, all things airplanes, and spending time in the outdoors with his family at the geodesic dome cabin he built on their family land near Itasca State Park. He met friends from all over the world via the internet, each who shared one of his many interests and/or his faith. He took great pride in his children & grandchildren. His grandson’s service in the United States Air Force held a special place in his heart. Grieved at his passing but rejoicing at his happiness in heaven is his family.