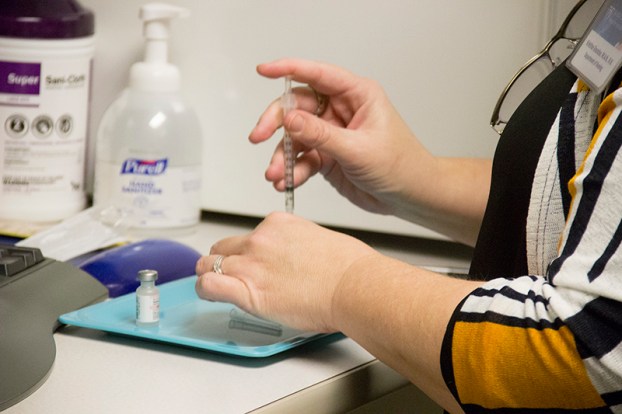 As vaccinations opened Tuesday to all people ages 16 and older across the state, Freeborn County Public Health Director Sue Yost is encouraging residents to remember all options that are available to get a vaccine.

Yost said Freeborn County Public Health will continue to prioritize those at higher risk of contracting the virus in phase one of the state’s vaccination priority groups, including people age 65 and older, people ages 45 to 64 with health conditions, as well as essential workers in sectors such as manufacturing, retail, restaurant and food processing.

COVID-19 vaccinations are also being offered at Mayo Clinic Health System in Albert Lea, as well as local pharmacies. As of Monday, 9,686 people in Freeborn County had received at least one dose of the vaccine and 5,629 had received the completed series.

Yost said this week the county health department anticipated administering 300 first doses of vaccine and 200 second doses at a vaccination clinic at the Albert Lea Armory. She said the county will continue to offer a clinic on Wednesdays and will schedule others as needed.

“We anticipate as time goes on we’ll have more vaccines and we’ll be doing larger clinics as we’ll be able to with staff capacity,” she said.

She said it was her understanding that all of the senior care centers are completed, and the county is helping with vaccinations in the case of new residents or staff.

Yost said so far Public Health has not had any difficulty filling its clinics, and county staff have not had anyone who has had a severe reaction to the vaccine. She said there have been a few people who had minor reactions, such as feeling light-headed, but generally people have handled the vaccine well.

The county has administered mainly Moderna vaccines, though it occasionally receives small amounts of the Johnson & Johnson vaccine.

She reminded people that is important to wear masks even if they are vaccinated, as well as washing hands well and maintaining social distancing.

Freeborn County reported 14 new COVID-19 cases on Wednesday, according to the daily update from health officials.

The county has now had 3,080 cases since the start of the pandemic. Information has not been released yet on the new cases or how many cases remain active.

Spring has seemed to come early for the second year in a row, meaning area farmers are hopeful they will... read more