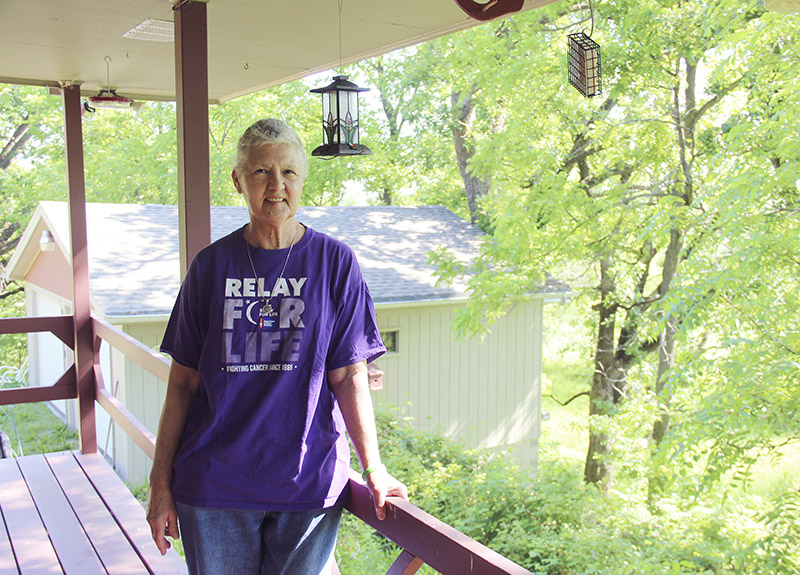 Rosemary Blomquist is the honorary survivor for this year's Freeborn County Relay for Life. The relay will be different this year with bags being on display in downtown businesses. Sarah Stultz/Albert Lea Tribune

Rosemary Bloomquist was 48 years old when she was first diagnosed with cancer.

At that time, in 1997, she had just changed doctors, and her new doctor found a lump in her right breast during a routine physical.

After having a mastectomy of that breast and being on Tamoxifen, a cancer-fighting drug, for five years, it wasn’t until 2011 that she found out she was diagnosed with cancer a second time — this time in her colon. In the years since, she has also battled cancer in her lungs, skin and most recently her left breast.

Though it has not been easy, Bloomquist said she hopes she can give life to others by sharing her story as the honored cancer survivor of this year’s Freeborn County Relay for Life. In turn, she also hopes to honor her husband, Jack, an over-the-road truck driver who died unexpectedly at the end of January after assisting at an accident site in Orin Junction, Wyoming. She said he has been her greatest support during her cancer journey and always attended appointments with her and offered her reassurance.

Bloomquist found out she would be named honorary survivor four days before his death.

“I feel proud that I can share my story and hopefully help others,” she said.

After being in remission for 14 years, Bloomquist said she found out about her colon cancer in 2011 after having blood in her stool. Doctors ultimately found polyps and diverticulitis and took out 14 inches of her colon. After that, she had 12 chemo treatments — one every other week — and her husband was able to adjust the truck-driving schedule to attend chemotherapy treatments with her. She continued going on the road with her husband in-between treatments to help as she could with navigating the streets and phone calls.

After the chemotherapy treatments were complete, she didn’t have any other treatments except for annual colonoscopies for her colon cancer.

In 2019, she was riding with her brother, when one of the arm rests came down and hit her in the rib cage area. She said her husband advised her to go in for an X-ray, and doctors found no damage from the arm rest but a spot on her right lung, which was later confirmed as cancer.

A few weeks later, her upper right lobe of her lung was removed, and she went on to complete four chemo treatments.

About a year later, one of her tests again showed something suspicious in her chest, and doctors decided to put her on radiation treatments — again putting a hold on the couple’s truck-driving.

She was set up for 30 radiation treatments and six chemo treatments.

Around the same time, she went in for another mammogram and found out she had cancer in her left breast and then shortly after that found a lump on her arm that was also cancerous. The lump on her arm was removed right away, and though she wanted to have a mastectomy right away, the doctors wanted to focus first on the lymph node cancer in her chest and proceed with the radiation treatments.

She said they had planned to go back to work for a little bit on the road before facing her breast surgery in March.

On Jan. 29, they left to go to Los Angeles and had reached Orin Junction, Wyoming, where they witnessed a crash. Her husband pulled over the truck, grabbed his flashlight and ran back to the crash scene to help one of the young women in the crash get out of her vehicle. After helping her out of her vehicle, he returned to the truck to wait to be interviewed by authorities. As he was telling her about the crash, he started hyperventilating, spoke of left arm pain and then ultimately slumped over and died.

“He was vital and full of life one minute and the next minute he was gone,” she said.

Though ambulance crews attempted life-saving efforts, he was unable to be resuscitated, and he went on to help 75 people through organ donation.

Near the beginning of March as she was going through preliminary testing to prepare for her mastectomy, she tested positive for COVID-19, and her surgery had to be pushed back to April.

She said was very tired as she recovered from COVID and received an antibody treatment to aid her in her recovery.

The surgery went well, and in the weeks that followed she was on a chemo drug for her lung cancer for a few weeks and then in mid-May started on another drug for her breast cancer.

She has started drinking a probiotic every day and is now focused on getting healthier and strong.

“I’m looking forward to whatever life has in store,” she said.

Bloomquist said she has learned on her journey to face her troubles head-on and to take care of herself as much as she can.

“I think people just need to address their situations and take care of themselves,” she said.

Though her husband is no longer here to offer her support, her brother, Gene Des, has been helping her with appointments and filling in where possible.

Though the Relay for Life will look different this year, as there is not an official in-person ceremony, Bloomquist will share her store at Zion Lutheran Church at 5 p.m. June 26.

Luminaria bags are available at the Albert Lea-Freeborn County Chamber of Commerce office, Broadway Bikes and Frames R Us. People should return the bags by June 14 to the business they picked them up from.

On  June 22, organizers will string the returned luminary bags together and hang them in 12 businesses’ windows in downtown Albert Lea. These will be hung with purple lights and displayed until June 29.

A silent auction will also be held the same week the luminaria bags will be on display through the Relay for Life of Freeborn County Facebook page. Items will be posted at 7 p.m. June 22. 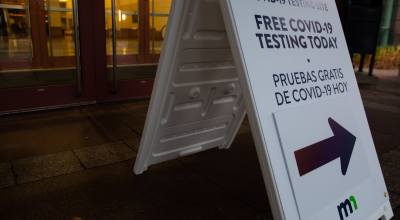 How to handle a heat wave: Safety tips and…