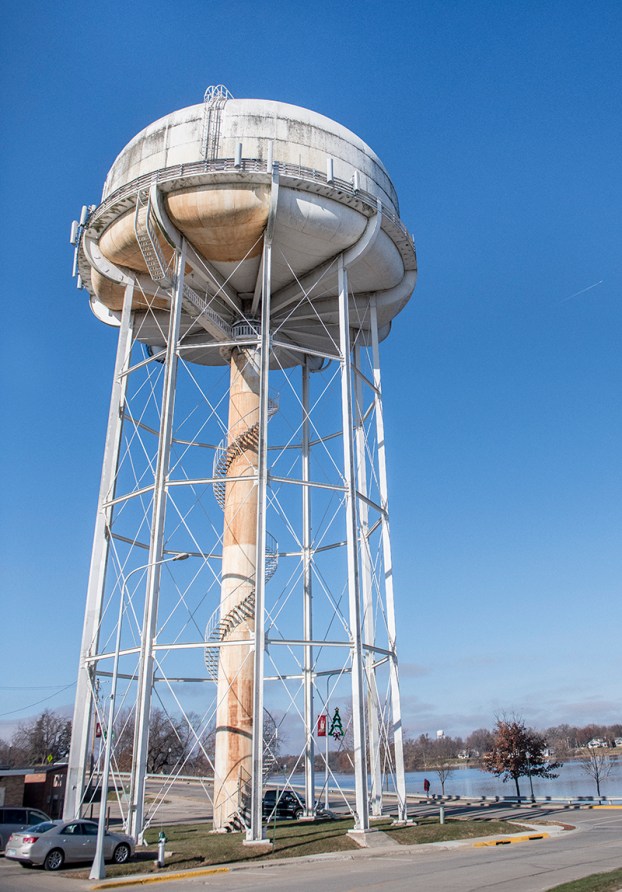 The city of Albert Lea is again considering where to rebuild the new central water tower after bids to construct the tower downtown came in more than $2 million over the initial estimate.

Albert Lea City Engineer Steven Jahnke said bids opened in early June for the project and came back at $6.9 million for the project, which was up from the engineer’s estimate of $4.5 million.

Since that time, engineering staff have reconsidered the possibility of placing the one-million gallon water tower on a portion of the Blazing Star Landing.

The Albert Lea City Council in January 2020 voted unanimously to place the tower near the site of the existing tower at the intersection of Newton Avenue and Fountain Street, though the Blazing Star Landing was the second-place choice by community members at a public meeting about the project.

Jahnke said the bids came in higher than estimated because contractors were concerned about working so close to other downtown buildings. Steel prices have also drastically increased. He said if the city re-bid the project next year, there’s no guarantee the cost would decrease.

The city is also waiting for contamination results to come back from recent soil borings taken at the Blazing Star site.

Taking those things into consideration, he said the downtown location is still the preferred site, though staff will continue to evaluate.

City Manager Ian Rigg said Jahnke and staff have worked hard to try to find alternatives from what was originally budgeted.

Jahnke said if the city moves forward with the downtown location, contractors will tear down the old tower first before building the new one. If it was built at the Blazing Star site, they would build the new tower and then tear down the old one.

The bids were good for 90 days.

In related action on the water tower, the council voted to accept the low bid for the demolition of the old tower from U.S. Sitework Inc. of Elk River for about $94,000. The engineer’s estimate for this portion was about $220,000.

Because the bids for the demolition were only good for 60 days, or until Aug. 7, the council awarded the bid but gave Rigg the discretion to reject the bid if the evaluation determines the Blazing Star Landing property is a better option.

Third Ward Councilor Jason Howland said he was glad the city is making progress with moving forward for the project and said he supported sticking with the original downtown location.

• Authorized about $75,000 in additional repairs to the Marion Ross Performing Arts Center elevator.

The city replaced the building’s elevator hydraulic shaft in May for almost $60,000; however, after an inspection through the Minnesota Department of Labor and Industry, several areas were found of noncompliance with state code.

Rigg said the cost will come out of the building maintenance fund.

• Heard from The Interchange Wine & Coffee Bistro owner Lisa Hanson and a handful of others expressing disappointment in the city’e elected and unelected officials regarding choices made against The Interchange. They also asked why they can’t receive answers about their questions regarding the nonrenewal of Hanson’s lease at the end of the year.

The Minnesota Court of Appeals has denied the petition of The Interchange Wine & Coffee Bistro’s owner to remove the... read more