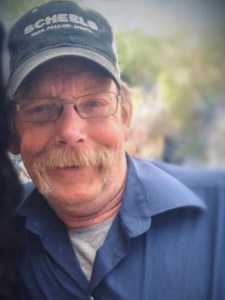 Born on March 10, 1958, in Minneapolis, he was the son of John H. and Barbara J. (Farnsworth) Stewart. He was baptized in the Baptist faith when he was 12 years old. John graduated from Richfield High School where he excelled playing soccer and hockey. He went on to attend Normandale Community College and graduated with his degree in Law Enforcement.

John married Denise Dolney on August 6, 1983, at First Lutheran Church in Hector. They made their home in Buffalo Lake, Minnesota before moving onto Austin, MN for a year where John worked the historic Hormel strike. Then, on to Albert Lea, MN for 6 years before their acreage west of Hartland, MN. John and Denise adopted 2 children, and were later divorced.

Following his education, John began his career in law enforcement with the Buffalo Lake Police Department for 3 years and got accepted in to the State Patrol Training Academy. He graduated from Trooper training at Arden Hills in 1984 and worked for the MN State Patrol in Freeborn/Mower counties for 25 years, retiring in 2009.

John was a man of many hobbies. In his earlier years, he enjoyed racquetball, golf and bowling. He later enjoyed woodworking, spending time outdoors, fishing, and he loved his dogs. But mostly, he loved his children, being active in their lives and ensuring they had what they needed. He was so proud of both their accomplishments. He was a member of Cross of Glory Lutheran Church of Hartland.

John is survived by his two children, Sara Jo Stewart (Marcus Metros) of Shoreview and Christian Stewart (Jeanette Tlougan) of Waseca; one brother, Jim Stewart of Cologne; nephews; and other relatives and friends. He was preceded in death by his parents.

Funeral Service will be 11:00 AM on Saturday, July 17, 2021, at Cross of Glory Lutheran Church in Hartland. Visitation will be for two hours prior to the service at the church.