Leader at St. John’s impressed with ‘welcoming attitude’ on the campus 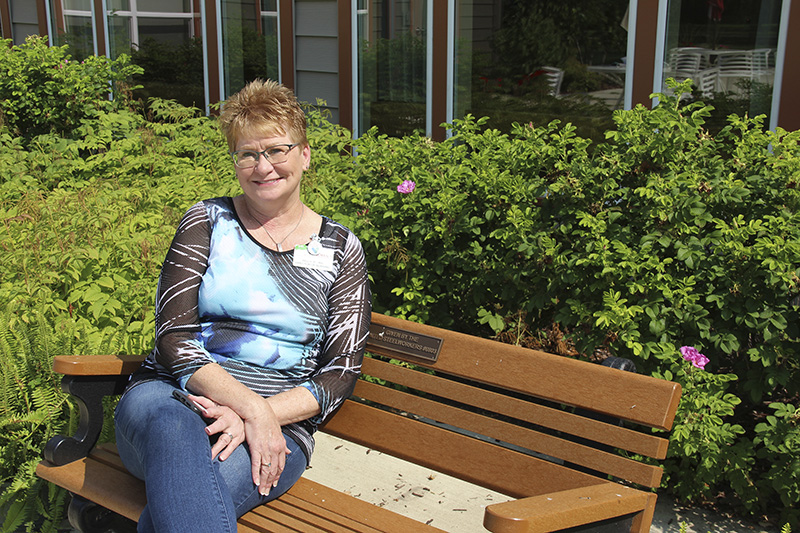 The new director of nursing at St. John’s Lutheran Community’s Fountain Lake campus has had a history of nursing at many levels throughout the years.

Kelly Preble started at St. John’s on June 28 and before that spent nine months at Oak Park Place and had retired from Mayo Clinic Health System after 25 years. She also was a travel nurse for a time.

“I really love leadership and saw the posting, and with the wide services they offer and the reputation of St. John’s, I just applied and could not be happier,” Preble said.

She said thus far she has been impressed with the dedication of St. John’s leadership and the can-do attitude of the staff.

Preble said she grew up saying she was going to be a nurse with her mother’s encouragement, and initially wanted to go into nursing to do hospice work.

In all her years, she said her work she is doing now with the elderly through St. John’s skilled nursing facility is actually the closest she has been to that initial goal. Most of her career was spent in cardiac-related departments.

“There’s nothing more rewarding than seeing someone go through pain and difficulties smile,” she said of why she wanted to do hospice work initially.

She has found that the work has been similar coming out of the COVID-19 pandemic and helping the elderly who have been isolated during the pandemic.

“To walk into those rooms and see somebody smile and hear about their lives, it’s perfect — the perfect position,” she said.

As director of nursing, she works to support the organization’s nurse managers and the nursing staff, providing leadership over policy, procedure and with things they might need to perform their job. Because St. John’s, like many other health care facilities, is short-handed, she has also stepped up to fill in for shifts as a nurse as needed. She said she appreciates that everyone is able to pitch in and help as they are able.

“I have only been in this position for three weeks, but the welcoming attitude of St. John’s — I invite everyone from Albert Lea to witness. …” she said.

Preble and her husband, Brian, have three sons and enjoy microbreweries, particularly Gravity Storm Brewery Cooperative in Austin, in which they have a corporate ownership. She also likes scrapbooking and spending time with her dog, Lily, a black Labrador German shorthair mix.