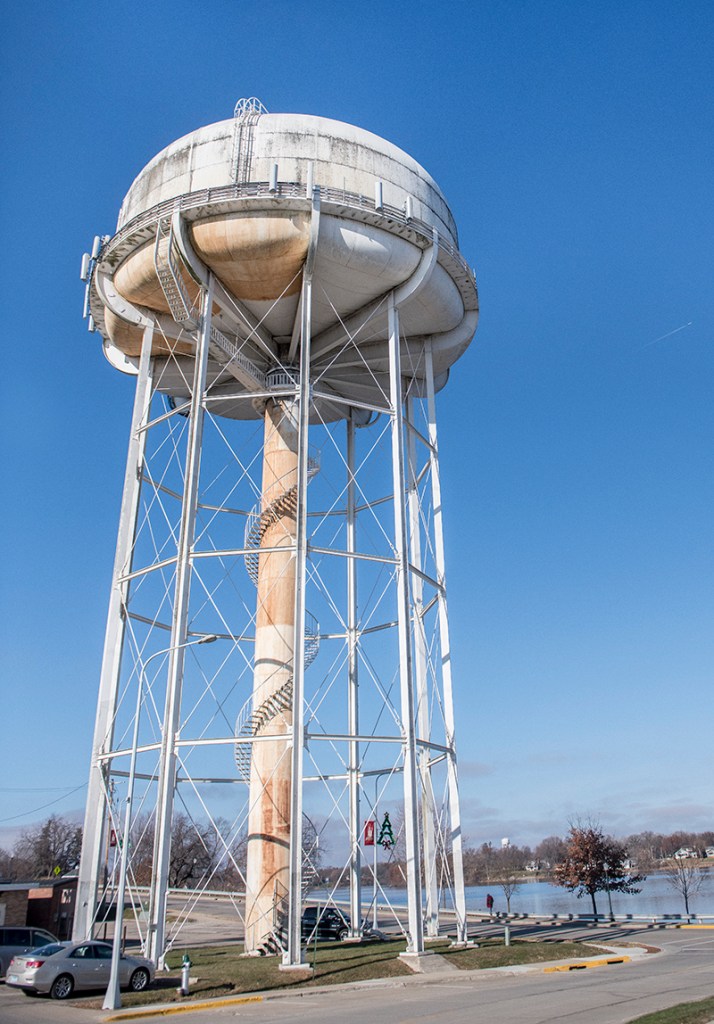 The Albert Lea City Council voted 5-1 Monday to award a $6.9 million contract for the construction of a new one-million gallon water tower in downtown Albert Lea.

The city received two bids for the project, with the low bid coming from Phoenix Fabricators and Erectors LLC of Avon, Indiana. The other bid, from CB&I-McDermott of Plainfield, Illinois, was for $7.3 million.

The decision came after the low bid came in $2.6 million higher than the engineer’s estimate of $4.3 million and after further consideration of whether it would be more feasible to build the water tower at  the Blazing Star Landing.

City Manager Ian Rigg said a large part of the increased cost of building the tower at the current site off of Newton and Broadway avenues was because of the foundation and the space at the building site being so close to other buildings. Steel prices are also up with no guarantee that they would reduce if the project was re-bid at a later time.

Rigg said after looking closer at the option of building the tower at the Blazing Star Landing, and recognizing additional costs that would be needed at that site, the gap between the prices at the two sites lessened. He said after getting soil samples back, the Blazing Star site would require deeper footings for the new tower. A new road would also need to be built to the tower, and the water mains would need to be upgraded.

The city manager said as part of the bid from Phoenix Fabricators and Erectors for the downtown location, the completion date for the new tower would be June 30, 2023. The nearby retaining wall and rail would not be repaired as part of the same project but would be bid out separately.

The bid did, however, include the cost for painting city logos or another design on the tower at a maximum of $64,000. The design has not yet been determined.

The city manager said city staff would work with the company on change orders for the downtown site to bring the project cost down to $6.1 million.

First Ward Councilor Rich Murray said during the workshop before the meeting that he had spoken with someone from Faribault earlier in the day, and their 750,000-gallon project had come in at bid. He questioned how that city’s project came in at bid and also said he wanted to see more specifics about the cost breakdowns between the two sites.

Rigg noted that the tank there was smaller and said that for tanks one million gallons or larger, there are only three companies in the entire country that build those. He also pointed out that the engineer’s bid came about 18 months ago for the Albert Lea project and that the project has been held up at the Minnesota State Historic Preservation Office, which reviewed and had to sign off on the project.

Chris Lowe with the city’s engineering department said the city has known it needed the new tower since 2010 and utilized a temporary fix to get it by for 10 to 15 years at that time. The city cycles between 60,000 and 70,000 gallons of water through the tower each week to make sure it is not stagnant.

He said the existing tower is 40 feet lower than the other towers in the city, and the new tower will be the same height as the others.

Third Ward Councilor Jason Howland said he thought the city needed to move forward with the project, and noted if it got pushed back, the price might come in higher next year.

Sixth Ward Councilor Al “Minnow” Brooks said though he wished it was cheaper, he recognized the need to move forward with a project that the council knew it would need to fix since 2010.

Look to the Tribune for more from the Monday meeting.