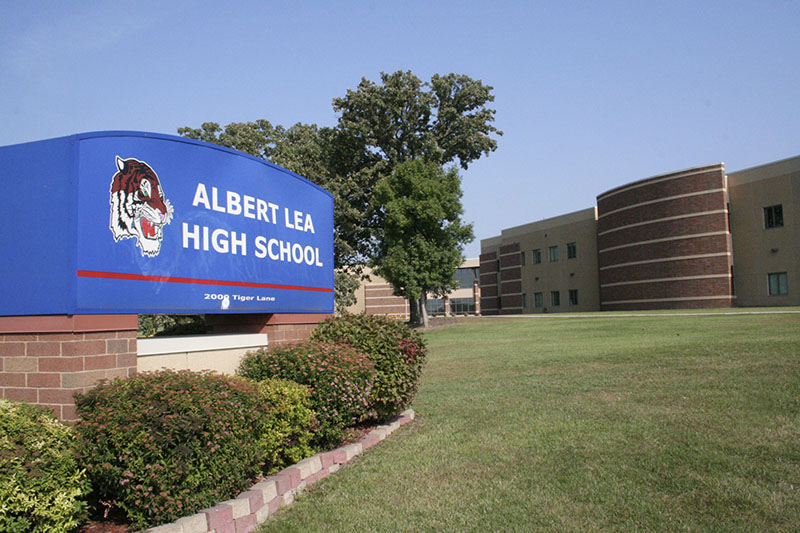 Albert Lea High School went under a short lockdown Tuesday morning after a man who entered the high school refused to leave.

Albert Lea Public Safety Director J.D. Carlson said the man came in with a group of other students at about 8:35 a.m. and attempted to bypass staff at the pool entrance. Staff were able to call ahead to the administrative office and escort him there.

Carlson said the entire police department responded to the incident. The first officer arrived in less than four minutes.

Police took the man into custody near the Tiger entrance of the school without any opposition, and he was taken to Mayo Clinic Health System in Albert Lea for a mental health evaluation pending charges. He did not have a weapon.

Police stated the man, a 26-year-old from Rochester, did not make any specific threats toward individuals or the school but kept repeating he had rights to be there.

“I think it’s truly an individual who was in a mental health crisis,” Carlson said.

Police reviewed video footage to verify the man was by himself, and the school was searched by officers and determined safe for regular operations.

Carlson credited the collaboration between the school, the school resource officer and the training with other officers and staff. He said he was proud of how the officers responded in a timely fashion and took care of the situation without any escalation.