John “Jay” Johnsrud 92-year-old resident of Albert Lea, MN passed away August 12, 2021. A memorial service will be held at 11 AM on Friday, August 20, 2021 at First Lutheran Church in Albert Lea. Visitation will be one hour prior to the service at the church. 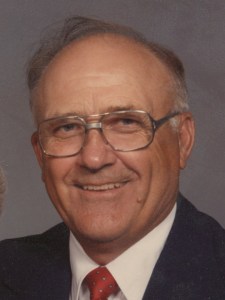 Jay was born on August 25, 1928 in Albert Lea to Gustav and Johanna Johnsrud. He lived his entire life within ½ block of his birthplace on Burr Oak Drive. Jay served in the US Army in Korea, earning the Bronze Star medal of honor. He was honorably discharged in 1952. He was united in marriage to Joy Tate on November 27, 1955 at Our Savior’s Lutheran Church in Mankato, MN. Jay worked with his brothers at the implement shop and operated Jay’s Truck Stop. He had lifelong connections through agriculture and maintained relationships with farmers. Jay was a faithful participant and sponsor of Alcoholics Anonymous, obtaining 54 years of sobriety. He was an avid golfer and enjoyed his time on the course. Jay loved his family wholeheartedly. He will be remembered for his great hugs, easy smile, and his laughter.

He is preceded in death by his parents; wife; granddaughter, April Joy Ladlie; siblings, Alvin, Helen, Robert, and Carl.