The Lake Mills man sentenced in May to five years in prison for his role in a head-on crash that injured multiple people near Forest City is being released from prison after three months and will now instead serve the same term on probation. 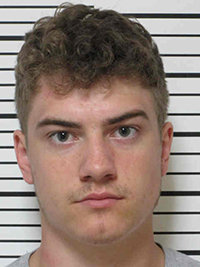 Michael Scott Olsen, 22, was convicted of three counts of serious injury by vehicle, all felonies, tied to a crash on New Year’s Day in 2019 that injured six people. A judge reconsidered the sentencing on Tuesday and decided to suspend the five-year prison term.

He initially faced 14 charges, but 11 charges were dismissed, included additional counts of serious injury by vehicle; operating a vehicle while under the influence, a first offense; possession of a marijuana, a second offense; and leaving the scene of an accident with a serious injury.