Nation of Patriots Tour stops in Albert Lea for ceremony 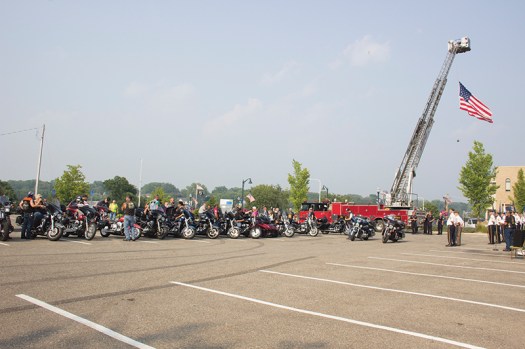 Motorcyclists participating in The Nation of Patriots Tour pull into the North Broadway parking lot in Albert Lea July 31. The tour stopped in Albert Lea before continuing on to Eden Prairie the next day. The ride raises money for the families of wounded veterans. Abigail Chalmers/Albert Lea Tribune 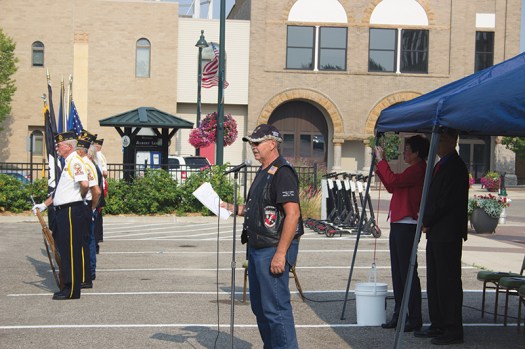 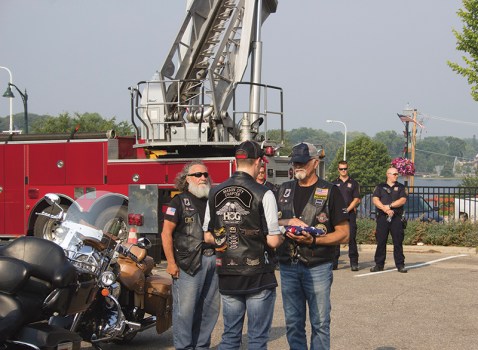 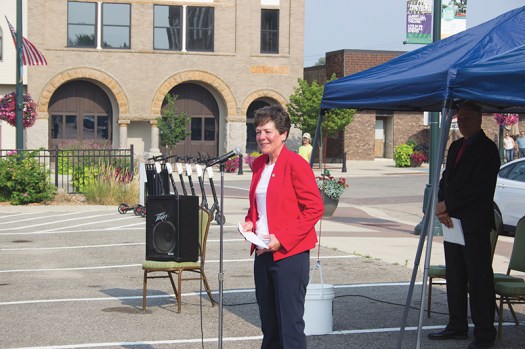 The Nation of Patriots flag tour stopped in Albert Lea July 31. The tour, a cross-country trip of an American flag from one Legion post to the next, is a fundraiser for veterans and their families.

Then, two of Albert Lea’s Legionnaires folded the flag as Larson spoke and described what each of the 13 folds represented. Hunter Schaer of Mason City presented the flag to Albert Lea’s Ole Olson.

District 27A Rep. Peggy Bennett and state Sen. Gene Dornink attended the ceremony and delivered speeches, thanking the Legionnaires for their contributions to the country.

After the ceremony, people were free to mingle and enjoy the pulled pork sandwich meal served in the American Legion building across the street. The following day, Albert Lea’s riders escorted the flag to Eden Prairie to continue the tour.