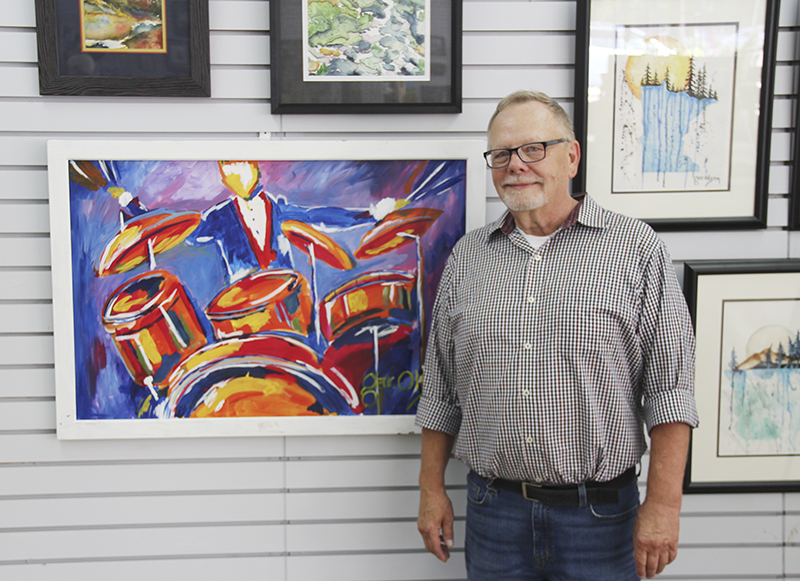 Artist Gar Olson of Owatonna will display his work at the Albert Lea Art Center through the end of September. Olson uses a variety of mediums in his art, including watercolor, acryliacrcs, chalk and others. - Sarah Stultz/Albert Lea Tribune

Nine years ago, Gar Olson of Owatonna gave up television, internet, radio and his stereo.

Working in a bowling alley eight to 12 hours a day, he said he had enough noise at work and he didn’t want any more at home.

“So I read and I paint — no distractions, no disturbances — and it’s a lot more fulfilling than watching three hours of television, for me anyway,” Olson said.

He has created a variety of artwork over the years that will be showcased through the end of September at the Albert Lea Art Center. 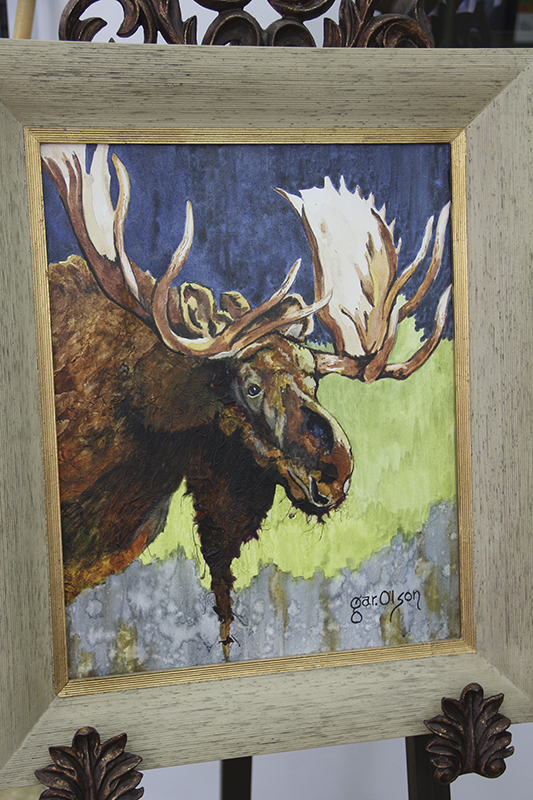 He said sometimes he will have completed several pieces with one medium, and then he’ll decide to change it up a little and move on to a new one. He has painted on both traditional and nontraditional canvases, including painting scenes on tea bags, leaves and, most recently, pumpkin seeds, which he jokingly calls “Art for Ants.”

He has paintings revolving around the state of Minnesota that have been turned into cards and been used by Realtors in the area.

Olson also likes to create paintings where he will throw watercolor onto a page and then go back in and add pen and ink to the drawing and make it into a scene with what the color inspires him to do. His rule is to never add color after the first step. If he doesn’t like what he has created or if he is not inspired by the colors, he is not afraid to throw the paper away and start again.

With all his work for all types of paintings, he said he aims to only spend three hours or less on each piece.

One of the older pieces that will be on display was originally drawn by his father in 1997. He said his father drew a lot, but he never used watercolor. More than a decade later, he added watercolor to his father’s image. 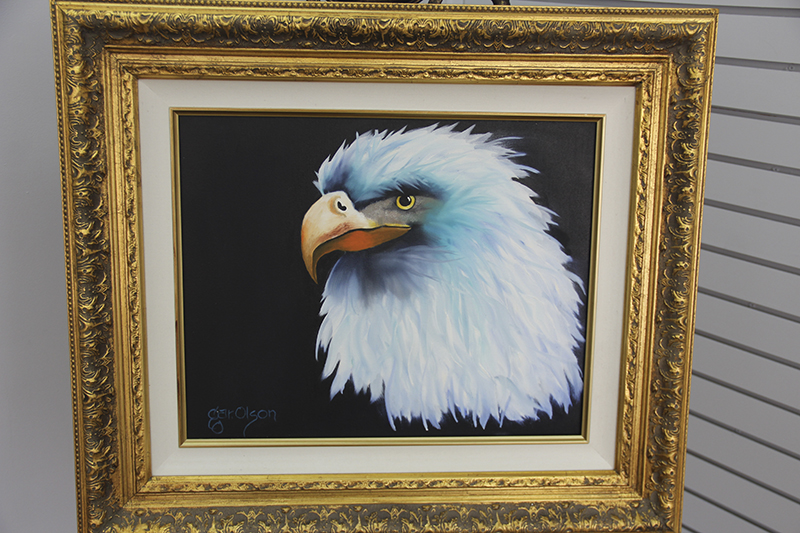 Olson has a variety of work displayed in the show, which will be on display throug the end of September. – Sarah Stultz/Albert Lea Tribune

Olson said he uses his kitchen to create most of his work, as he does not cook when he’s at home often because that’s what he does for a living.

In addition to his new show at the Albert Lea Art Center, which started Tuesday, Olson has shown his work as part of other group exhibits in Owatonna at the Owatonna Arts Center and the Owatonna Hospital.