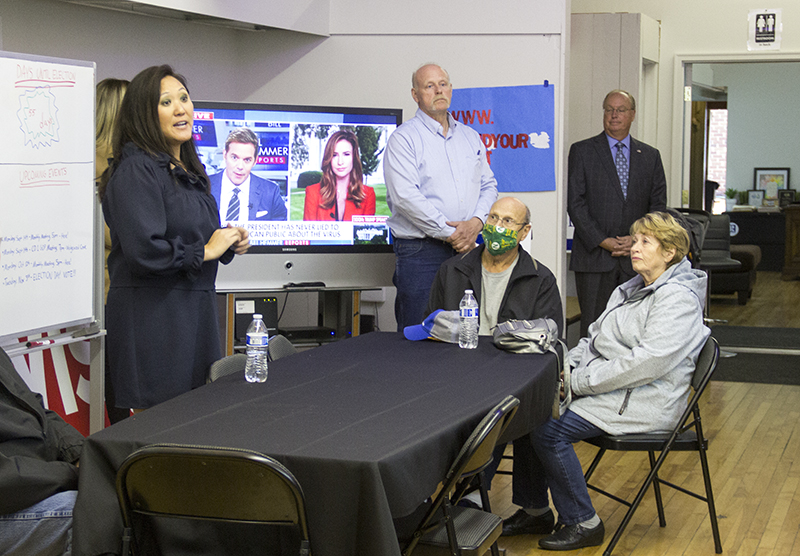 A week after a close associate was indicted on charges of sex trafficking of minors, Minnesota Republican Party Chair Jennifer Carnahan has resigned her post.

In a statement from the state GOP posted to social media, Carnahan said she was resigning “in the best interest of the party and of my mental health.” The statement said her resignation was effective at the close of the party’s executive committee meeting. She said she would “step away from the party.”

Referring to the charges against top GOP donor Anton Lazzaro that he allegedly recruited six people under the age of 18 for commercial sex acts, Carnahan repeated that she “had no knowledge or involvement in such activities.”

Carnahan will receive a severance of around $38,000. A source also tells MPR News she was the tie-breaking vote for her own outgoing pay.

Subsequent to the indictment of Lazzaro, activists and former party employees went public with accusations that Carnahan created a toxic work environment and covered up allegations of sexual harassment during her tenure that began in 2017.

Carnahan addressed those allegations as well.

“It is unfortunate that the mob mentality has come out in this way to defame, tarnish and attempt to ruin my personal and professional reputation,” she said. “I am confident a full investigation will uncover the facts and prove my innocence.”

U.S. Rep. Tom Emmer called Carnahan’s move a “first step in moving the Republican Party of Minnesota forward.” But he also urged the party’s executive board to continue investigating “any alleged impropriety.”

Earlier in the day, six of the party’s 15-member executive committee urged their colleagues to vote to remove Carnahan from her position. It takes 10 board votes to do that.