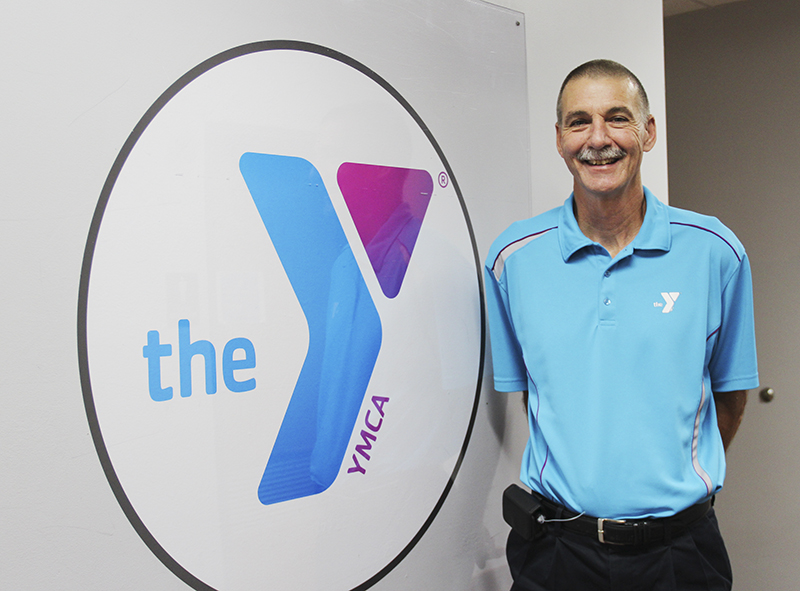 The longtime leader of the Albert Lea Family Y is retiring after 37 years in his position.

Albert Lea Family Y Executive Director Dennis Dieser said he and his wife, Doreen, have always talked about how when he turned 60, they would look at him pursuing other opportunities or enjoying retirement. Coming through the pandemic and having had his 60th birthday this year, he said he thought it would be a good time for someone else to come in and take over the position.

“Hopefully I can still make a difference in Albert Lea, and hopefully I have over the years,” he said.

‘It really gave me my foundation’

Dieser said though he started working at the Albert Lea Family Y on Jan. 2, 1984, his history with the Y actually goes back much further.

He said he essentially grew up at the Rochester Y as both of his parents worked nights when he was growing up. He was a leader-in-training at the Y camp, and worked at the front desk, in the laundry room and with youth programs.

“It really gave me my foundation, and they took me under their wings,” he said.

After high school, he went to college in Mankato for business, park and recreation, and accounting, and while in college he worked at the organization in Mankato. Following his graduation, he went back and worked at the Rochester Y until the job opportunity in Albert Lea arose.

“I’ve only paid for one membership in my life,” he said, noting that it was in seventh grade when he paid for a $5 membership.

When he started in Albert Lea, Dieser worked as program physical director, and his initial plan was to stay in the community for two years with the goal of moving on to bigger Ys and other opportunities. However, his wife had the opportunity to buy into what is now Hammer, Dieser & Mangskau, and that changed his career path.

Looking back over his years at the organization, he said some of the memories that stick out to him are when the organization paid off its building in 1986 or 1987, when the Y received grant funding to provide free child care for Farmstead Foods employees who lost their jobs after the fire in 2001 and who were going back to school and getting back to work, and more recently, when the Y helped provide child care for essential workers during the COVID-19 pandemic.

“The Y is here to serve the community,” he said. “We’ve always been here to assess the needs of the community.”

He also referenced changes in the building over the years, including the addition of the SMB room.

Dan Kolker, who has been on the Albert Lea Family Y board and served as board chairman until last February, said it has been an honor to work with Dieser.

“His belief in the YMCA’s impact on the development of the mind, body and spirit, has impacted countless families in Albert Lea and Freeborn County,” Kolker said. “His leadership and dedication to his community will be missed, and his retirement is well-earned.”

Don Nolander, who serves on the Albert Lea Family Y Heritage Foundation and is the liaison between the foundation and the Y’s board, credited Dieser’s work over the years, whether it was on capital projects, getting exercise equipment or getting children to utilize the facility at no charge.

“He’s done a tremendous job of getting things done out there,” Nolander said. “He really has given this his all. It’s not like it was a job — it was his life.”

He said he will miss popping his head in to say hi to Dieser when he comes out to the building.

“Dennis has been a strong leader out there,” Nolander said.

Michelle Baseman, office manager at the Y, said Dieser has been executive director the entire time she has worked at the organization, so when she thinks of the Y, she automatically thinks of Dieser.

“I have witnessed him getting yelled at and getting hugged and taking it all in stride,” Baseman said. “From day one he’s only ever wanted what’s best for this community. He has led the YMCA with kindness, fairness and compassion. People may not realize what a huge heart he has. I have seen him go above and beyond time and time again, without any acknowledgement or recognition.”

She said the decades of work he put in have helped establish a strong organization in Albert Lea.

“Although it will be odd not having him around, we are in a really good place because of his efforts over the years,” she said.

A legacy of work in the community

Alongside his work at the Y, Dieser has made it a priority to get involved in many community efforts.

He referenced two quotes he has tried to follow during his career.

The first is from the book “I Am Third” by Gale Sayers, which has the theme “God is first, family and friends second, I am third.” The second is “Achieving comes from believing.”

Over the years he has been a part of Albert Lea Noon Kiwanis and Jaycees and has served on the council at St. Theodore Catholic Church, on the Arc of Freeborn County board and boards for the Vitality Center and Blue Zones. He has been involved with United Way, Pioneering Healthier Communities and the Statewide Health Improvement Program, and has worked with the Albert Lea-Freeborn County Chamber of Commerce’s business education, worksite wellness and government relations committees. He has also helped with board development training for different boards in the community and gave 38 years of volunteer service to the Youth in Government program.

He has also been an assistant coach in tennis and basketball, done announcing and statistics for sports games and is in his third stint on the Albert Lea school board.

“We love Albert Lea,” he said. “I don’t think people realize what a gem Albert Lea is. They don’t realize how good they have it here.”

He has two grown children who live in Coralville, Iowa, along with four grandchildren, and he said he looks forward to spending more time with them, completing some wood refinishing projects and still finding ways to work with people in the community.

He is also helping in the effort to get a Y started in Fairmont.