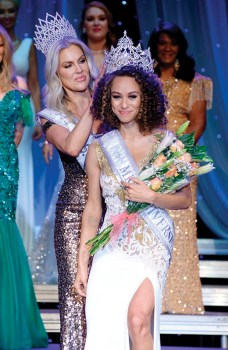 Tori Peterson said she was stunned when she found out she won Mrs. Universe. Photo courtesy Joe Pier 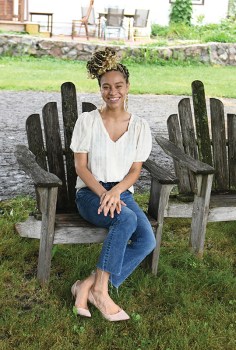 Tori Petersen has lived in Albert Lea for 2 1/2 years with her husband and family. Tyler Julson/Albert Lea Tribune 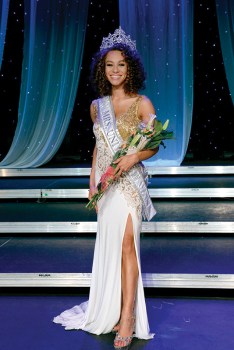 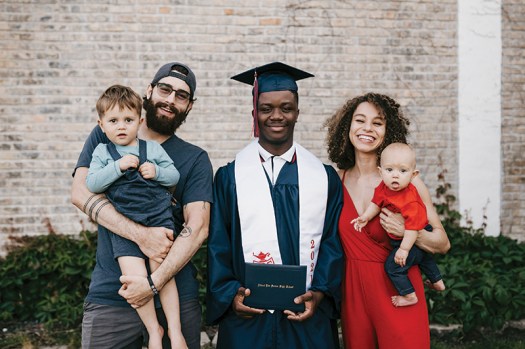 Jacob and Tori Petersen stand with their children Leyonder, Sur and Ezzeri for Sur’s graduation. — Photo by Faith Marie Photography 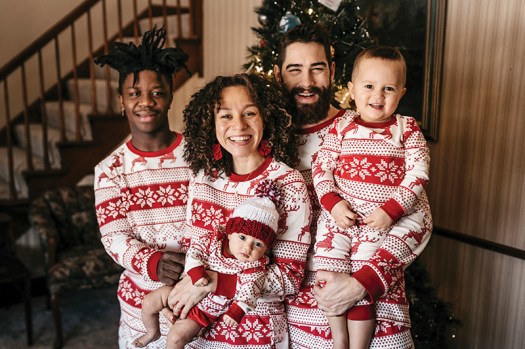 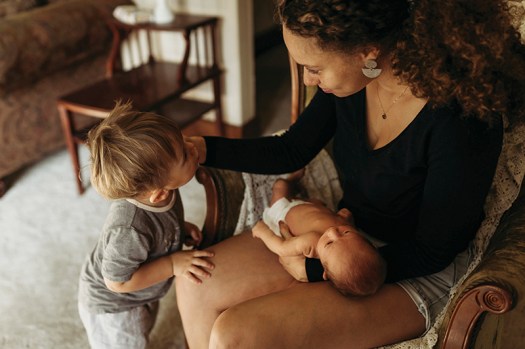 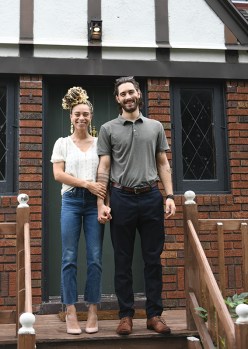 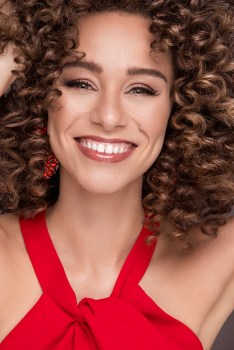 Tori Petersen was born in Ohio and moved to Albert Lea with her husband 2 1/2 years ago. — Photo courtesy Brittany Link Photography

When Albert Lean Tori Petersen signed up for the Mrs. Minnesota competition in June, she was looking for something fun to do after reflecting for a memoir on some of the darkest moments in her life.

Little did she know at that time that she would advance from the Mrs. Minnesota competition to the Mrs. Universe stage and ultimately walk away with the title in July.

“I cried,” she said of when she heard she was the winner. “I was just shocked.”

Petersen, 25, has lived in Albert Lea for 2 1/2 years but grew up in Ohio and lived with her single mom, who was diagnosed with bipolar disorder and schizophrenia, which she said led her mother to be abusive.

Because of this, she said she eventually went into the foster care system and lived in 12 different homes before she aged out of foster care at 18 without being adopted.

She was running track at that time in high school and credits who she describes as “an amazing coach,” who told her he thought she could win state and get a scholarship to college.

She went on to follow his guidance and became a five-time state champion and got a full ride to college.

“It was the foundation of what was going to change my life because the statistics for foster youth are really terrible,” she said.

She said going to college at Hillsdale College in Michigan was a big deal for her and it is where she met her husband, Jacob, during their senior year. She majored in Christian studies, and he majored in history, and they married a week after graduation.

Petersen and her husband had planned to move to South Dakota after they were married, but her husband got a job that asked him to move to Minnesota. They first lived in the Twin Cities before deciding to move to Albert Lea, where her husband’s father, James Petersen, used to be a pastor at Crossroads Church.

She said she grew up in a small town and always knew she wanted to live in one, too.

“We love Albert Lea,” she said. “We love the lakes. People always say there’s nothing to do, but that’s not true. … We love it here, and we love raising our kids here.”

Peterson said being a mom and having lived through the other challenges she has experienced, she always knew she had a story to tell.

She started a social media platform and shared her story there, including both the hard parts and the happy parts.

“My following kind of exploded,” she said, noting she had many foster parents and youth reach out to her.

She then went on to start a nonprofit called Bring Beloved, a Christian-based organization that empowers foster youth to share their stories. Its mission is to help foster youth know they are beloved children of God, made in his image.

It is led by former or current foster youth, or those who have been adopted.

“We want to show foster youth that the worst parts of their lives can be for good,” she said.

The organization seeks to empower these youth through mentorship and leadership programs designed to help them seek out their purpose. It also offers practical educational resources to youth in foster care and foster families.

‘God says that’s not who you are’

Petersen said she had been writing her memoir with Lifeway Publishing, which was a “heavy” process as she detailed in writing the experiences of her life, and she and her husband were fostering a sibling group of three, when she decided she wanted to do something fun and came across the Mrs. Minnesota contest.

“I thought if I could break a stereotype of beauty queens, then we can break the stereotypes of kids in foster care,” she said.

The pageant is open to women ages 20 and up.

She signed up in June and hired a coach in the Cities to help her through the process. She said she went into it determined to be unapologetically herself, physical scars and all.

At the Minnesota level, there was an interview where the judges wanted to hear that the women had a cause they supported, which for her was the easy part because helping other youth who were once like herself is her passion. She has traveled all over the globe on speaking engagements, and in addition to her nonprofit, she also has a scholarship she established called Fostering the Good Scholarship for former foster youth through the college she and her husband attended.

After the interview, she advanced to the international level in July, where there was more care about appearance and dress. Other women from other states and countries competed.

Petersen said the Mrs. Universe pageant was at The Orleans Hotel & Casino in Las Vegas. She took an intern she and her family had taken in for the summer with her to help take care of her 10-month-old baby.

Petersen said they arrived in Las Vegas three days before the competition began for rehearsals and to meet the director and owner of the pageant.

The competition itself included an interview with judges, an on-stage question, and a swimsuit and evening gown competition.

She said she made the judges laugh and cry during her interview and felt good about her time with them when she walked out of the room. For the past two years, she has spoken on many occasions and said she thinks her experience with public speaking helped during the competition.

The swimsuit category was her least favorite part of the experience, and the evening gown portion was probably the most hectic.

She said she had a dress in the works from a company that was going to let her wear a dress for free for the publicity, but the dress ended up being too big for her, and she found herself two days before the pageant still without a gown.

So she shared on social media that she didn’t have a dress, and someone who competed in Miss Arkansas — and who had won the evening gown competition — reached out to her with one that was an exact fit and overnighted it to her.

“That is the moment I thought maybe I think I can win,” Petersen said. “I had a good dress, and thought why is God going to provide for me in some way if there’s not a potential for me to use this platform to bring more glory to him?”

She said when she heard she had won, she was stunned and cried.

“It’s so overwhelming to see, really, the small-town Albert Lea girl, the girl who lived in a trailer park with a mom who had a lot of issues. …” she said. “People told me, ‘You’re going to be just like your mom.’ That I wasn’t going to amount to anything, that I was going to just be another statistic. But over and over and over again, God says that’s not who you are.”

Since winning the competition, Petersen said she has received more speaking engagements, including one in Dallas in October. She is also excited to step into the title more and continue to spread her message and empower other foster youth.

She gives thanks and credit to God, whom she said has provided a way for this and all of the other positive things that have happened to her.

“God is the manifester, the creator, giver of all of the good things that happened in my life,” she said.

See this and other articles in the latest issue of Albert Lea Magazine available now.