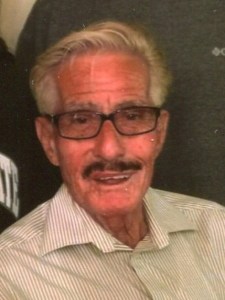 Jose was born to Jose and Catalina (Vega) Avelar on October 31, 1927 in Crystal City, Texas. Jose later moved to Hollandale, MN to work on the family farm. He met and married Ventura (Rivera) and they had twelve children. Along with farming, Jose also worked for Wilson’s and retired after 35 years.

Jose was proud to be a Veteran. He enjoyed his years of farming and spending his time outdoors. Jose had a green thumb and always had a fantastic garden. He had a passion for John Deere tractors. He also loved to listen to music and the Farm Ag report on Sunday mornings.