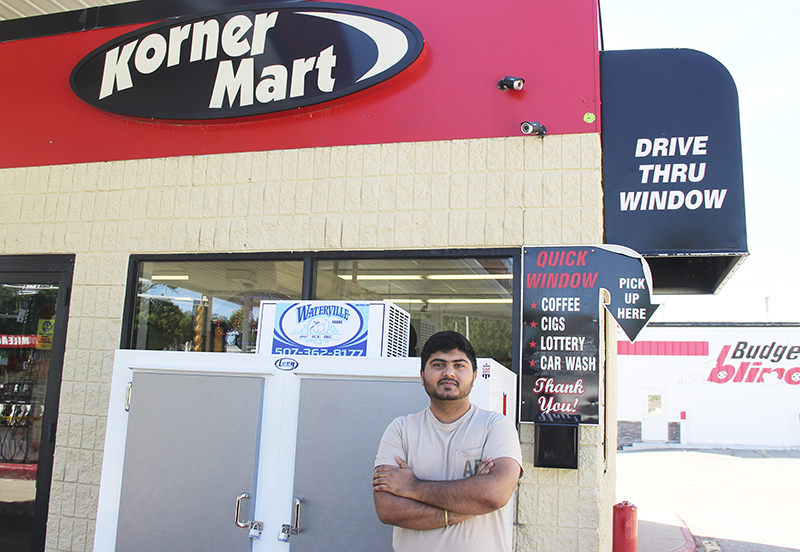 A Sioux Falls, South Dakota, man has moved to Albert Lea with his family after purchasing the Korner Mart gas station at the intersection of West Main Street and First Avenue.

Sahil “Sam” Chaudhari, 24, said he came across the gas station after he sold a hotel in Sioux Falls and was looking for a new property to invest in. He is part of a partnership that owns another gas station and a few other hotels, and he saw the Albert Lea property online and liked the city when he came to check it out.

He purchased the property under Riddesh LLC but will continue to operate it as Korner Mart.

Chaudhari opened the convenience store on the property Sept. 1 and plans to open the gas pumps next month.

He also has plans to rework the car wash next to the convenience store next summer into a drive-thru liquor store, along with getting new gas pumps at that time as well.

“After the COVID-19 stuff, it’s really great,” he said of the drive-thru option. “People can still come and go, but they’ll have their own safety.”

The convenience store itself also has a drive-thru window, which is already open for business.

Chaudhari encouraged people to let him know if there are certain items they would like him to sell in the store that are not currently on the shelves.

He said he moved to Albert Lea with his girlfriend and child, and once everything is up and running, he will likely need to hire a few employees, as well.

The convenience store is presently open from 8 a.m. to 10 p.m., and Chaudhari said once the gas pumps are operational next month, he plans to extend hours from 6 a.m. to 10 p.m.