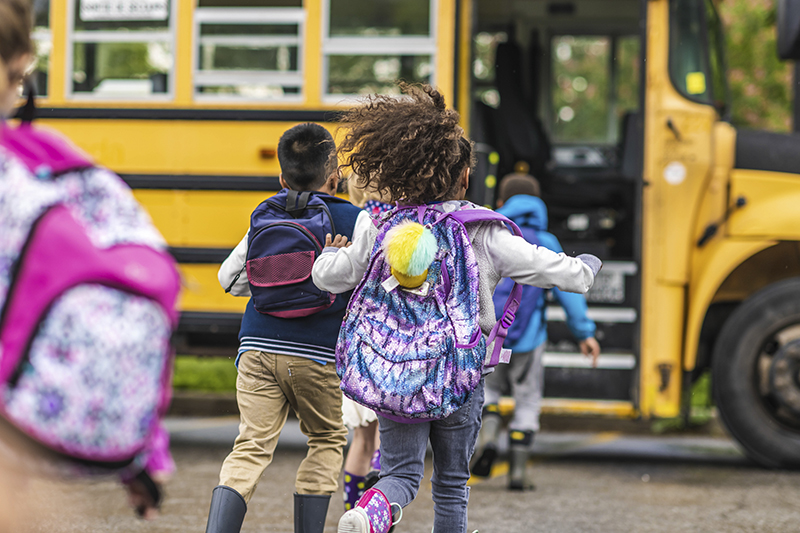 MINNEAPOLIS — Minnesota schools are seeing increases in weekly coronavirus cases as students return to classrooms across the state.

More than 100 facilities from pre-kindergarten through 12th grade reported infections last week, according to a weekly COVID-19 report released by the Minnesota Department of Health on Thursday. The figure is up from previous weeks but remains a fraction of the number of infections reported in schools during a surge in virus cases statewide late last year.

Health Commissioner Jan Malcolm said during a Thursday briefing that officials remain concerned about the growth in cases in school and childcare settings and the broader implications that has for transmission in communities as students go back to school. Malcolm stressed vaccinations for all people 12 and older, as well as masking for all students, teachers, staff and visitors regardless of vaccination status, among other mitigation methods.

Education Commissioner Heather Mueller said her agency has partnered with the health department to implement mitigation efforts that include access to in-school testing.

Though the rate of case growth has slowed in recent weeks, Malcolm said the most recent seven-day average is nearly 30 cases per 100,000 Minnesotans — three times higher than state officials’ caution threshold of 10. About 99% of all specimens sequenced by the state since mid-July were found to be the more contagious delta variant of the virus.

Growth in hospitalizations has slowed in the past week as more than 660 patients are hospitalized with complications due to COVID-19, including 178 in intensive care. Nearly 95% of intensive care beds statewide remain in use, however, which state officials say is due in part to more accidents during the summer months.

Just over 72% of Minnesotans 16 and older have received at least one dose of vaccine, and more than 68% have been fully inoculated as of Tuesday, according to a state dashboard.

Gov. Tim Walz stopped in Northfield on Thursday to meet with students returning to school as part of a statewide tour of schools this week encouraging all Minnesotans 12 and older to get vaccinated.