My Point of View: We must all stand up for high standards of truth

Recovery of democratic norms starts with standing up for the truth. 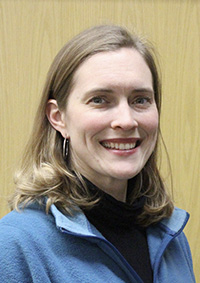 George Floyd was murdered by police officers after he allegedly passed a fake $20 bill at a grocery store. He did not die of a fentanyl overdose as Robert Hoffman falsely stated in this column last week.

In writing about his personal journey of recovery, it’s striking that Hoffman chose to promote misinformation about Floyd’s death. A lethal dose of fentanyl varies according to a person’s tolerance, and because Floyd had returned to active use, the level of fentanyl in his system did not cause his death, nor did his death clinically resemble an overdose.

Derek Chauvin killed George Floyd by cutting off his airway and slowly suffocating him in front of horrified bystanders, including children, and Chauvin was convicted of second degree murder for his crime earlier this year.

Yes, the riots after Floyd’s murder in May 2020 caused a huge amount of property damage, many injuries and two additional deaths in downtown Minneapolis. But were those riots worse than the Jan. 6 Capitol attack, as Hoffman claims?

The Jan. 6 attack was an attack on the heart of our democracy, and our elected congressional leaders and former Vice President Mike Pence were under direct physical threat. Hundreds of Capitol police were assaulted by Trump supporters while protecting Pence, members of Congress and staff from harm. One officer died of a stroke shortly afterward and four others who responded have since committed suicide.

The violent attack ended over 200 consecutive years of peaceful transitions of power in the U.S. It was fueled by former President Trump’s lies about widespread election fraud and orchestrated, in part, by Trump’s cronies Roger Stone and Michael Flynn, whom Trump had recently pardoned.

Maybe it’s myopia that makes Hoffman think the fallout from George Floyd’s murder in Minneapolis was worse than what happened in D.C. in January. Maybe it’s Trumpist spin to downplay intentional, unprecedented damage to our democratic institutions which we all depend on.

I wish Robert Hoffman well in his recovery. His lies about a black man suffering from addiction and murdered by police, though, would have no home in DFL politics. The local Republican Party apparently offers a welcome fit for his narrative.

Speaking of the Jan. 6 attack, state Rep. Peggy Bennett still hasn’t explained why she accepted a speaking engagement from a person in a local group who took part in it.

Earlier this year I wrote that state Rep. Peggy Bennett was a speaker at a Minnesotans4Freedom event in Blooming Prairie in April. Here’s what one of the leaders of the group said in a video he posted to social media as he drove home from D.C. on Jan. 7:

“Crazy, [expletive] crazy, what happened yesterday. And I’m so pissed off. I mean, why were we called out there, if nothing happened? Maybe everybody says it’s part of the story, and blah blah blah and mainstream media is tearing us down and calling us white supremacists. [Expletive], what the [expletive] were we supposed to do? Go to our neighbors’ houses and burn that down and burn their businesses and burn down [expletive] that people have nothing to do with? No, we were pissed off and we knew who we were pissed off at so we went right to ‘em.”

Saying that “nothing happened” on Jan. 6 is obviously severed from the truth. Doesn’t Peggy Bennett wonder what her host was hoping to “burn down” in D.C.? I sure do.

Bennett should publicly disavow her association with this group. If she sidesteps the issue, do her hardcore rightwing beliefs now include tacit tolerance for violent overthrow of democratic order when a minority doesn’t like the results of an election?

Another politician leaning heavily on distraction is our Congressman Jim Hagedorn. Last week on his campaign Facebook page, Hagedorn claimed his wife Jennifer Carnahan was a victim of “cancel culture” in getting pushed out of the Minnesota GOP chair.

In other words, he’s characterizing his wife as a victim in the events surrounding the sex trafficking case that led to her benefactor Anton Lazzaro’s indictment.

Carnahan, at best, turned a blind eye toward her close friend Lazzaro’s predilection for sexual activity with teenage girls, and Hagedorn himself initially accepted nearly $6,000 in donations from Lazzaro this year alone. Hagedorn’s self-serving, desperate attempt to pivot from the real victims who were groomed and violated in this situation makes my skin crawl.

The girls are the victims, not political insiders like Carnahan and her husband.

We all have to commit to high standards of truth to sustain democracy and preserve individual rights, and it’s hard work. After Trumpism, our democratic norms will likely be in recovery for decades.

Ask SCORE: How to drive marketing to millenial audience