What a pleasure to have Albert Lea’s Community Theater performing again! After a one-year Covid-related hiatus, last season’s four shows will go on, beginning with the comedy “Double Wide, Texas,” directed by Brian Mattson. 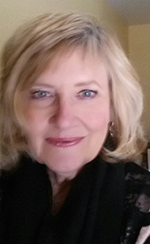 The basic plot of the play is a scheme by Tugaloo, Texas, city officials to annex the area where four doublewide trailers are located. The trailer residents try several outlandish plans to stop the annexation and the removal of their homes. The mystery of who is behind this trickery, and why, will be revealed in the end. But the real show is the larger-than-life characters who inhabit the four trailers in small town Texas! The set is decorated with a large Texas flag, a portrait of young Elvis, bull horns and homemade afghans. It’s comfortable and authentic, just like the nice, “normal” residents.

Each resident of the trailer park is a colorful character. In their opinion, they are the people who keep Texas interesting. Rebekah Sousa plays Big Ethel Satterwhite, in rabbit costume for nutrition talks at local grade schools. Big Ethel’s talk at the sheriff’s community service nutrition program is more popular when she hands out cookies. Trailer park resident Caprice Crumpler (Bev Loos) wants to be a star, and a mattress commercial is her chance to shine. Her three commercial takes involve movie costumes and witty lines, each one a lot of laughs.  Audiences will also thoroughly enjoy the performance by Aaron McVicker as Baby Crumpler. He is proud of his achievements — becoming a “septician” after his seven-year internship and mastering walking in high heels so he can win a beauty pageant. They just keep Texas interesting!

These characters are supported by a pregnant Larken Barken (Kristi White) who looks for  signs; lovelorn Georgia Dean Rudd (Christy Fuller); and clever Jovita Crumpler (Michelle Supalla).  Michael Compton, Gordy Handeland and Sandra Jimenez round out the cast. These local actors have created eccentric, sincere and often hilarious residents who are devoted to saving their small community of four trailers inhabited by their family and friends. The trailers are described as “saggy in the middle and rough around the edges.” This also describes the residents of Double Wide, Texas — a community in the best sense of the word.

Cindy Fjermestad is a retired Albert Lea teacher. She enjoys attending the theater and volunteering in the box office.