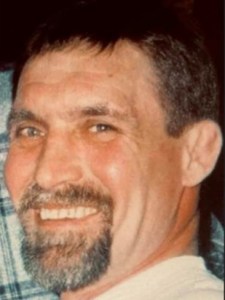 Chuck was baptized and conﬁrmed at Salem Lutheran Church and attended grade school at Starlight, Southwest Junior High and graduated from Albert Lea High School in 1967. Chuck was a farm boy who loved to wrestle and play football. He was dominant in his high school wrestling career and ﬁnished his senior year as State Champion as individual and helped Albert Lea win the Team Championship. Chuck also qualiﬁed for 1968 Olympic Team Trials.

In his college career, Chuck won NCAA titles for Iowa State in 1969 and 1970 before transferring to Adams State and winning NAIA titles in 1972 and 1973. He was also part of 4 Team Championships, making him the only collegiate wrestler to win four individual National titles and four Team National titles.

Chuck traveled many places, making wonderful friends and memories along his way. His laugh and sense of humor was infectious and he was happy to help people around him to better their lives. His friendship was a Gift.

Chuck is survived by his sons, Justin and Jeremiah and daughter, Melissa, all of Albert Lea and their mother, Julie Jean, as well as, his precious granddaughter, Jayla Mae, who kept him on his toes. Sisters, Vonnie Jean-Runkle, Urbandale, IA, Sharon (Glen) Twernbold, St. Charles, MN and brothers, Tom Jean, Mankato, MN and Bob (Rhonda) Jean, Dover, MN, many nieces and nephews, cousins and wonderful friends.