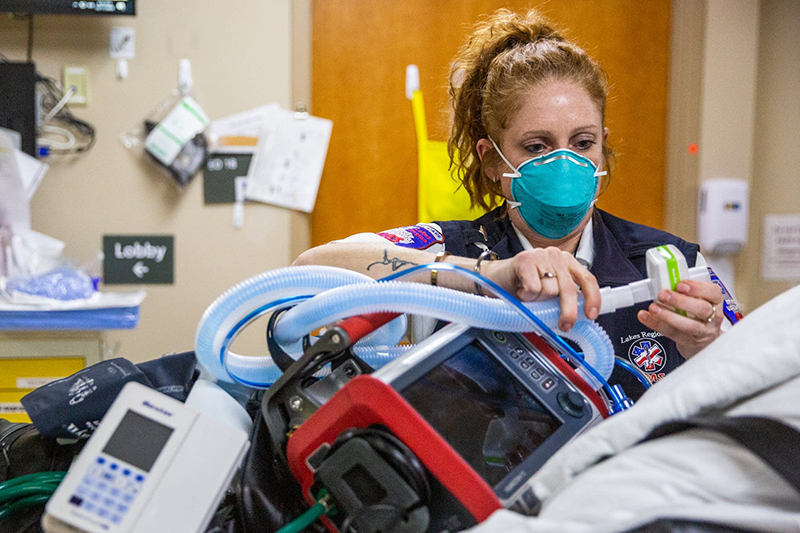 The state is again at a “critical point” in the pandemic, she said, adding that it was heartbreaking “knowing this is all preventable by us, by the people of Minnesota and the individual decisions we make and the community decisions we make.”

With hospital needs rising for COVID and other patients, “capacity is so tight it means care is threatened for heart attacks, strokes, traumas,” she told reporters outside North Memorial Hospital in Robbinsdale.

In surprisingly frank remarks, Malcolm added that she was outraged to hear stories from hospital staff of being mistreated by patients and families who don’t believe they or their loved ones have COVID.

Nurses and other hospital staff are “afraid to go outside in their scrubs because stuff gets thrown at them. I’m just done with not talking about stories like that,” she said.

“That is just so incredibly offensive that these people, who are literally putting their lives on the line to save ours, are not being treated today with the same kind of respect that they were treated with when this began,” she said.

The commissioner implored eligible Minnesotans to get vaccinated and stay vigilant against the spread of the disease.

Friday’s Health Department data offered a mixed bag of hope and worry. Known, active cases appear to be flattening — Friday’s count came in at 24,730, higher than Thursday but still lower than Friday a week ago.

Newly reported cases totaled 3,352 but the seven-day average is running it 2,832 cases per day, the lowest level since Tuesday of last week.

Hospitalizations, however, continue to rise, putting more pressure on the state’s short-staffed care systems. There are 999 people in Minnesota hospitals now with COVID — the highest point in 2021 — with 253 needing intensive care. “It’s not showing signs of stopping,” Malcolm said Friday.

There are more COVID patients hospitalized in greater Minnesota than in the Twin Cities region, continuing a pattern that emerged last week.

Hospitalizations have become especially concerning across the state. Gov. Tim Walz on Friday said he’s called on the National Guard to help with long-term care staffing so the facilities can take more hospital patients who need a place to recover. The Guard said later it was activating 75 members to support the effort.

The governor also said he’s expanding the COVID-19 emergency staffing pool. The move will allow long-term care facilities to request emergency temporary staff if there is a coronavirus outbreak.

Right now, only 1 percent of hospital beds are available in the Twin Cities metro area, 5 percent in the southeast and 6 percent in the central region of the state, Malcolm said. The number of hospitals that have zero capacity is also rising; the same trends hold true for pediatric beds, she added.

Driven by the highly contagious delta variant, the entire state now shows a high level of COVID-19 transmission, according to the Centers for Disease Control and Prevention. Teens continue to be among the hardest hit in new cases.

The state’s death toll stands at 8,407, including 28 deaths newly reported on Friday.

Health Department numbers show the rate of tests coming back positive, which stayed relatively stable through the spring and early summer, has been edging higher over the past weeks.

The seven-day average is running at more than 7 percent — higher than the 5 percent officials find concerning. While the positive test rate is not leaping as it did in last year’s late-fall wave, it continues to signal significant community spread.

Generally, Minnesota remains better positioned now than during its fall and spring spikes. Seventy-three percent of state residents age 12 and older have received at least one vaccination shot, with more than 69 percent now completely vaccinated.

It remains a huge challenge, though, to get more Minnesotans vaccinated, and wide gaps remain in the vaccination rates among regions and counties.