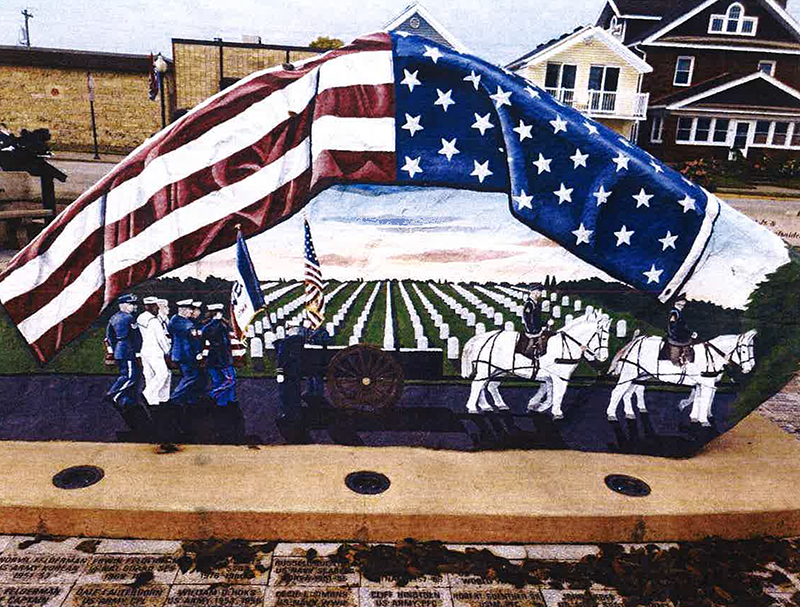 Freedom Rocks originated in Iowa with artist Ray "Bubba" Sorensen II and have spread across the state. There are also four in Minnesota, according to Scott Kallberg with the Albert Lea Legion Riders. Provided

A representative of the American Legion Riders in Albert Lea came before the Freeborn County Board of Commissioners on Tuesday with a proposal to bring a Freedom Rock to the community.

Freedom Rocks originated in Iowa by artist Ray “Bubba” Sorensen II with a large 12-foot-tall boulder in southwest Iowa near the small town of Menlo, Iowa. In 1999, Sorensen painted a simple “thank you” to veterans on the boulder and has continued to honor veterans by donating his time for new murals on this boulder every May for Memorial Day, drawing in people each year to see what he has created.

To expand this message further, Sorensen felt compelled to do more and set out in hopes of every county in Iowa having a Freedom Rock of their own.

Scott Kallberg said in addition to the Freedom Rocks in Iowa, there are currently four in Minnesota. The images Sorensen paints on the large rocks vary by county and typically depict local veterans or themes important to each county. Kallberg said they bring awareness of veterans and patriotism. 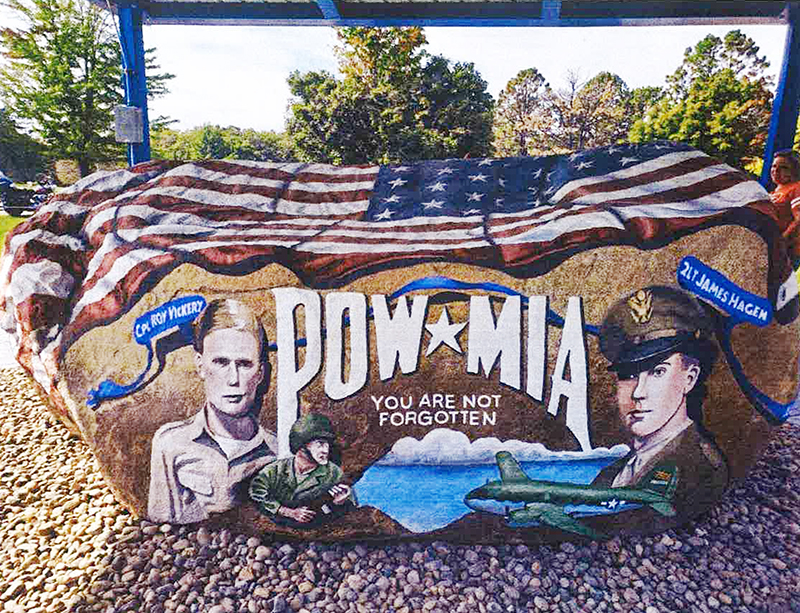 Sorensen typically centers each Freedom Rock on themes that are important to the county in which it will be placed and could picture local veterans. Provided

“I think it would be fantastic for the whole city of Albert Lea and the county,” he said, noting it would correlate well with Freeborn County being the first Purple Heart County in the state of Minnesota.

Kallberg said Freeborn County has a beautiful veterans memorial, and he said he thinks it would be positive for the county to bring in the rock, as well. He said he and other Legion Riders have taken trips to see various Freedom Rocks in other Iowa counties and noted his favorite one is in Cresco, Iowa.

He estimated it would cost about $10,000, but noted the Legion Riders could get involved with fundraising and said he felt confident they could raise the amount.

Commissioner Ted Herman, who is also part of the Legion Riders, said the rock would bring people into the community.

“It is absolutely stunning what this man can do,” Herman said of the artist.

Freeborn County Administrator Tom Jensen said he would put the proposal on for discussion at an upcoming board workshop.