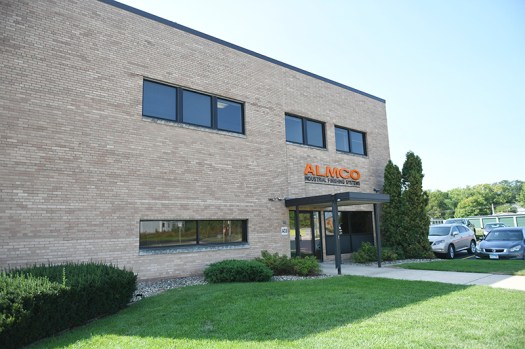 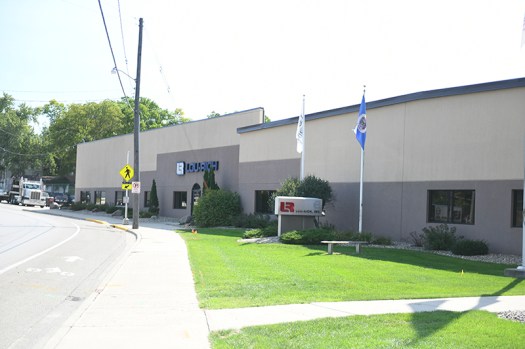 Lou-Rich was started in 1972 by two farmers, Louis Larson and Richard Ackland in Hayward. Lou-Rich will celebrate its 50th year in business in 2022. Tyler Julson/Albert Lea Tribune 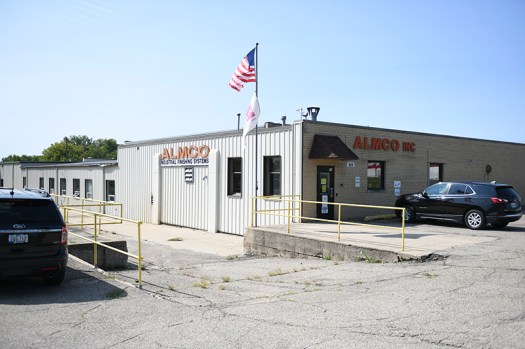 The ALMCO plant is located on East Main Street in Albert Lea, while the corporate headquarters at on West Front Street. Tyler Julson/Albert Lea Tribune 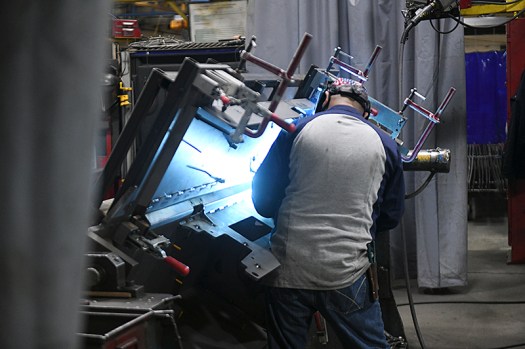 An employee welds a project at the Lou-Rich plant in Albert Lea. Lou-Rich moved from Hayward to its Albert Lea plant in 1989. Tyler Julson/Albert Lea Tribune 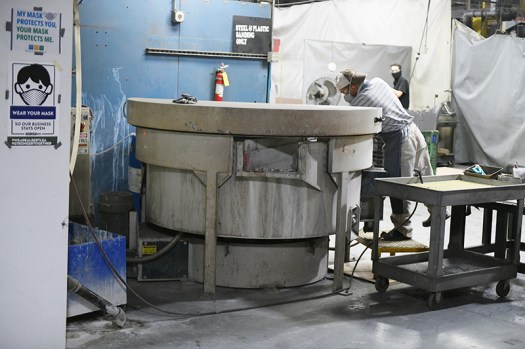 A Lou-Rich employee works with one of ALMCO's products in the Lou-Rich manufacturing plant. Tyler Julson/Albert Lea Tribune 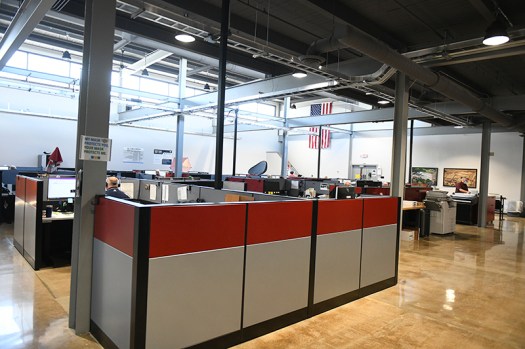 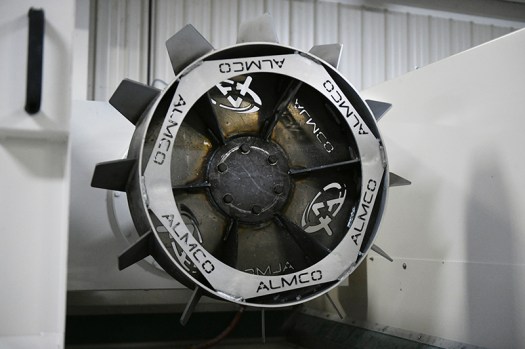 ALMCO and Lou-Rich are 100% employee owned and are a part of their holding company, Innovance, Inc. Tyler Julson/Albert Lea Tribune 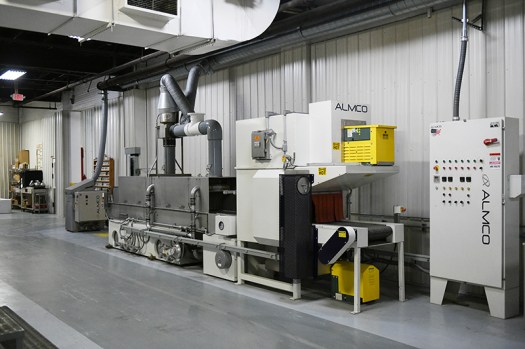 Companies focus on commitment to customers and the A.L. community

ALMCO and Lou-Rich, both lifelong Albert Lea companies, are celebrating their 75- and 50-year anniversaries of being in operation, just one year apart.

Both are owned by the holding company, Innovance, which was formed in 2004.

ALMCO got its start in 1946 as Albert Lea Machine Co. and was acquired by a number of companies before being bought by a group of employees in 1986. It started as a manufacturer of barrel-style deburring machines, which essentially finish and polish products that other industries use in manufacturing their products. Eventually ALMCO added the different styles of deburring machines, washers and dryers, and other finishing equipment.

ALMCO general manager Tim Grahn said the company’s main customer base is in the United States, but it also has a number of sales in Mexico, Canada, South Korea and China.

“We’re happy that ALMCO has stayed in Albert Lea this whole time,” Grahn said. “Our long-term goal is to continue to keep this business in Albert Lea and support the area and draw on local talent to fill our jobs.”

On top of the products themselves, ALMCO also offers a processing lab where they develop processes for potential customers. The processing lab allows ALMCO to basically sample finishing products for companies, allowing them to see a finished product and know the quality of the product before purchasing equipment.  ALMCO also offers repairs and servicing to the equipment they sell. Grahn said the company still gets service calls to look at machines that were built in the 1950s and ’60s, which he says is a testament to the overall durability and quality of the machines they sell.

“These machines are still out in production and still doing what they’re supposed to do,” Thomas said. “We take pride in that level of quality and commitment. That’s pretty rare these days.” Grahn said the outlook for the future is for ALMCO to continue to develop and work on new products.

He said the industry is very mature so it can be hard to come up with new ways to finish parts, but what ALMCO is focused on is finding more efficient means to do it and incorporating more and newer technology in the process.

“The process is essentially the same, but we might have a better way to get there,” Grahn said. “We might be able to load and unload the parts automatically. We might be able to incorporate a robot to take some of the labor out of the process, and that results in big savings for our customers. That’s really the key for the customers, getting them a consistent reliable finish with less labor.”

Lou-Rich was started by farmers Louis Larson and Richard Ackland as a tool and die and farm equipment repair company in 1972 in Hayward. Before long, the company started making a lot of the parts they were repairing and were one of the first companies in the area to buy CNC machining equipment.

Then in 1989, Lou-Rich moved to Albert Lea after buying the building that once housed Scotsman Ice Systems.

“Lou-Rich is continually getting more technical,” said Mike Larson, president and CEO of Innovance. “In the future we plan to provide more engineering services to our customers. That could be helping them design their parts and products to be more manufacturable. Our workforce continues to become more educated, whether it be in engineering or in some type of technical degree.”

Like Grahn, Larson said he is proud to have Lou-Rich be a staple in the Albert Lea community.

“We’re excited that next year we’ll celebrate our 50-year anniversary,” Larson said. “We’re very proud of the community and we’re very supportive of the community. We try to help the young people at the high school. We have scholarships at Riverland and have scholarships for kids and grandkids of employees. We try to do things to keep young people interested in the Albert Lea community — interested in living here and maybe raising a family here.”

Innovance currently has just over 400 employees. Thomas said being employee-owned helps the business in that the employees make the best decisions for their own company.

“What you find both at ALMCO and Lou-Rich both is this really strong commitment to our customers,” Thomas said. “It comes through in virtually everything we do in how we design the equipment and the entire customer experience.”

1946: Albert Lea Machine Co. is founded and incorporated as ALMCO

1947: ALMCO is acquired by Queen Steve Works, owned by the Trow family

1986: ALMCO division of Household Finance Corporation is purchased by an employee group

2004: Lou-Rich exceeds $50 million in sales revenue for the first time