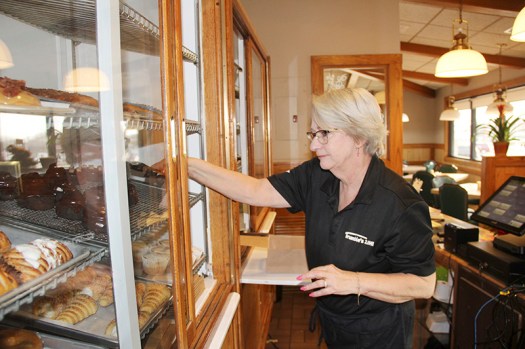 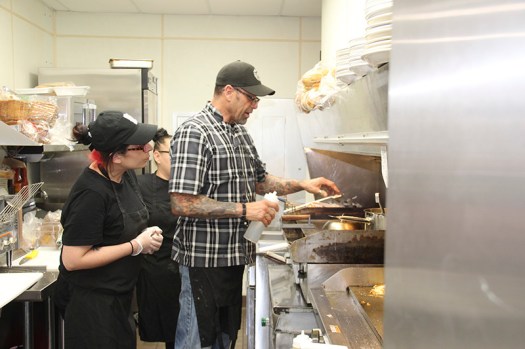 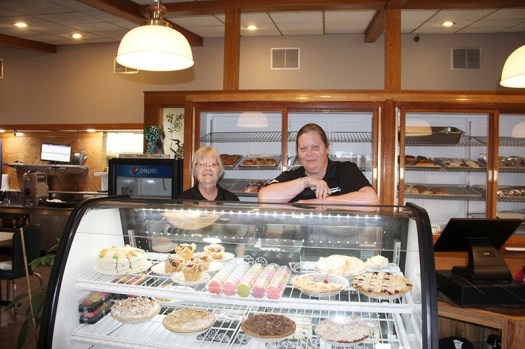 Sue Minehart and Kim Olson, two of the owners of Trumble's 2.OH stand behind the new pie case at the restaurant. The restaurant opened for business on Tuesday. Crystal Miller/Albert Lea Tribune 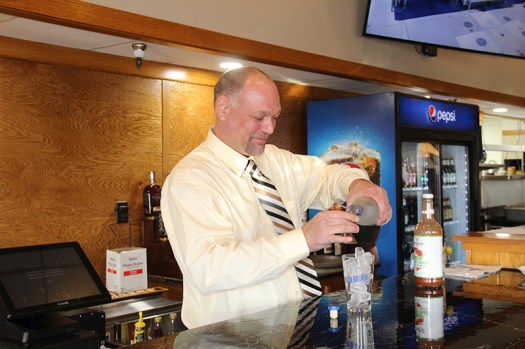 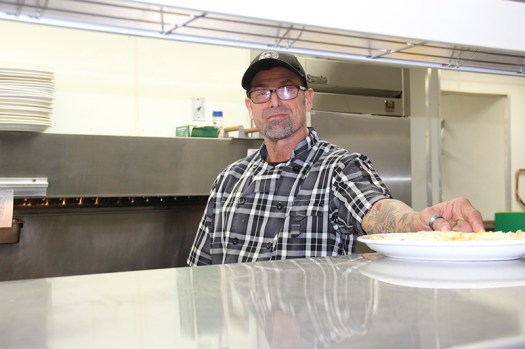 Trumble’s 2.OH is open for business 7 days a week

“The first couple days have been kind of chaotic,” said Colin “Coke” Minehart, one of the owners, who previously owned MineAgain’s in Alden with his wife, Sue. “It’s been very stressful. We want to put out good food and don’t want people to wait.”

He said customers have been generous with the staff and have been excited to be back in the restaurant that has been a part of Albert Lea history since it opened in 1985.

Trumble’s 2.OH brings not only some of the recipes from Minehart’s former restaurant in Alden, but also recipes from co-owner Kim Olson of Grandma’s Gourmets, who also specializes in baked goods, including homemade pies and cinnamon and pecan rolls. On top of that, there are some classic foods that the original Trumble’s was known for, such as a hot beef sandwich and hash brown omelet.

Olson said in the first few days, other popular menu items have been the house-made Ruben, pan-fried pork tenderloin and French onion soup.

“We’ve been going through pies like water,” Olson said.

Colin and Sue Minehart and Kim and Dan Olson purchased the building about five months ago and worked with several local contractors to renovate the space.

Kim Olson said there is new carpet, paint and custom-built cabinets, among other updates. They have worked with local companies including Lou-Rich, Albert Lea Steel, BLK Flooring, Bowman Construction and others.

“It’s been a group effort,” Colin Minehart said. “All these local artisans and people have been so helpful to us.”

He also credited the city of Albert Lea, which he said was “unbelievably cooperative and helpful.”

“Everybody has just been waiting for this, and I don’t want to disappoint anybody,” Minehart said.

The restaurant includes some employees from both MineAgain’s and Grandma’s Gourmets, along with some new staff members.

Olson estimated they have between 30 and 35 employees and are looking for more. She said they haven’t been able to open one of their rooms yet because they need more staff.

“We’re trying our best,” she said. “Please be patient.”

Trumble’s was built in 1985 by Luke and Mary Trumble and was operated as a family restaurant with their daughter, Barb O’Connor, and her husband, Pat, until the O’Connors’ retirement in November 2015 when it was purchased by another owner, he said. The restaurant closed under that ownership in February 2020.

The O’Connors have been interested in the upgrades and have been helpful in providing information about how things worked previously in the building, Olson said. They have also stopped by often to visit.

Olson said the new owners decided to keep Trumble’s in the name of the restaurant because that’s what everyone will always remember the building for, and it just made sense to do so.

Olson said they will review those hours once open for a while, and at least one of the owners plans to be there at all times.

As for the former MineAgain’s building in Alden, Minehart said it is still for sale. He has received several inquiries about it, but he thinks people are afraid that if they buy the building, they won’t be able to staff it.

“It’s a great opportunity for someone to serve another community,” he said.