‘My experiences were worth every day’ 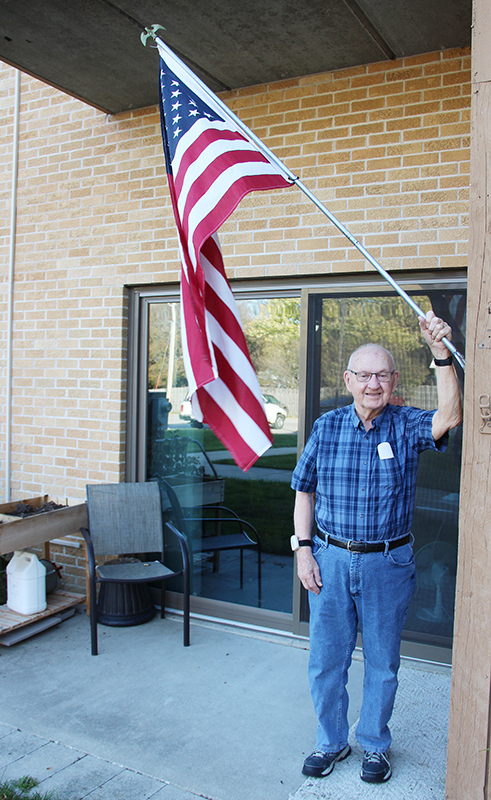 Albert Lean Roger Lonning said he had just started in the service in August 1945 when the United States dropped the atomic bombs in the Japanese cities of Hiroshima and Nagasaki.

He was further down on the draft list but asked if he could be moved up.

“I was what you call a drafted volunteer,” he said.

He said in early 1946, he served aboard the USS Starlight, a passenger ship that brought back American soldiers waiting to be discharged at the end of  World War II. He was considered a yeoman, or a secretary.

From there, they went to the South Pacific and picked up more troops and then went to do the same in Guam before ending in Norfolk, Virginia.

For two years after that, he went to the former U.S. Naval Station Argentia and went from being a yeoman to being in communications and dealing with teletypes and coded messages. 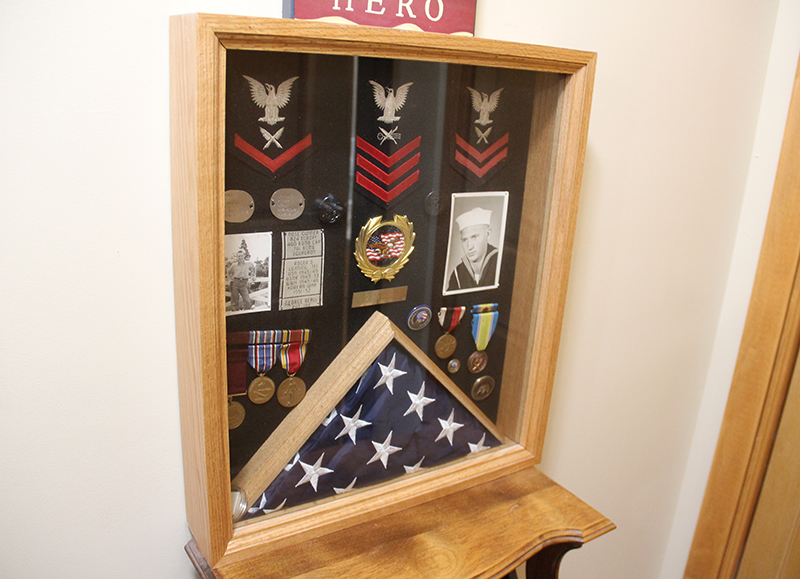 Roger Lonning has this box with lots of his awards and memorabilia from his time in the service in a hallway of his apartment at Thorne Crest Senior Living Community. Sarah Stultz/Albert Lea Tribune

Following that, he was sent to the USS Manchester, a flagship, with the admiral who oversaw the 6th Fleet as part of a goodwill mission. He got to go to places in the Mediterranean, including Italy, France and Greece, which was in a civil war at the time, along with Turkey.

As a lover of history and geography, he said he was happy to see things like the Acropolis in Greece and Pompeii in Italy. He also got to see where the British were defeated by the Turks in World War I.

“Much of the history came at the time we were there, and it’s from that history — I’ve always loved history and geography — now I was more than interested,” he said.

After that he went home and started going to college and said Uncle Sam said he was needed again.

He was called back to the Naval Base on the Great Lakes and got orders to go to California. From there he served on four different ships, giving out codes to planes, ships and frontline soldiers during the Korean War. When he came home he was rank of teleman first class.

Lonning said he was initially attracted to service in the military because of the free education he could earn, but he has since realized how much he learned through those experiences themselves.

“My experiences were worth every day that I spent in the service because it really made me grow up,” he said.

After he got home, he went to college and earned both an elementary and library major and worked as a librarian in Clarion, Iowa, for two years. He also got his master’s degree in elementary principalship.

He said he was recruited by the elementary director at Hawthorne Elementary School to teach in Albert Lea, where he first taught sixth graders for four years. After that, he was librarian at the school for 28 years and then did some substitute teaching.

“I loved my work in the library,” he said. “I was more concerned they learn how to use the resources and how to look at a question.”

He has lived at Thorne Crest Senior Living for seven years, where he and his wife, Marge, moved as she battled Parkinson’s disease. They were married 66 years, before she passed away.

He now lives in the independent living at the facility.