Paving on Bridge Avenue slated for early in the week 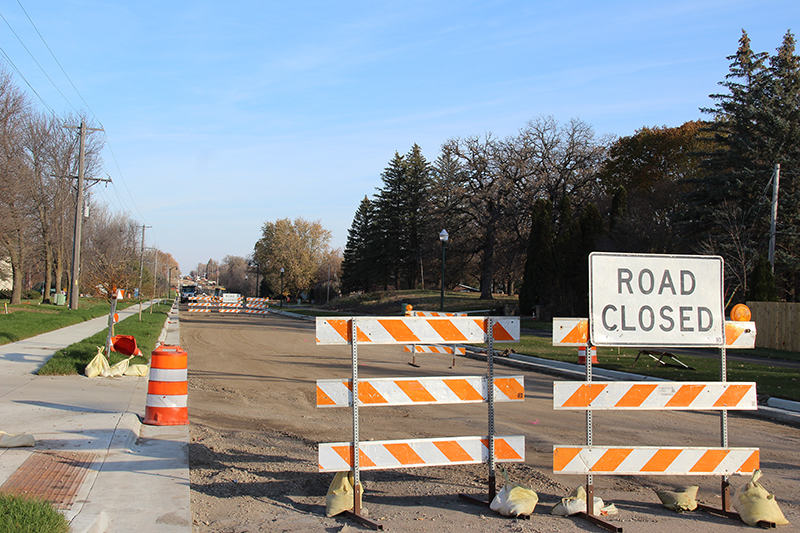 Bridge Avenue is slated to be paved early next week as the construction project draws to a close. Sarah Stultz/Albert Lea Tribune

Paving on Bridge Avenue is expected to take place Monday and Tuesday as the weather is looking favorable, according to the Freeborn County highway engineer.

Phil Wacholz said after paving, the following work needs to be completed:

He said he is working on ways to open the road intermittently or on an interim basis so traffic can start getting back to normal prior to all work being completed and will announce this when it is available.

In addition, the Marshall Street intersection is now open to traffic again. The intersection had been closed to add an additional manhole and a short section of sanitary sewer line to connect to an existing sewer line.

The following is an update on other projects:

Crews continued work on the demolition of the existing tower off of Newton Avenue, and the contractor hopes to finish removing the tower next week, according to an update from the city.

The contractor for the new tower will begin site preparation and removal of the parking lot in preparation for the installation of the foundation as soon as the demolition contractor is finished.

This week the contractor installed the pedestrian ramp at the east end of the project and completed the paint striping, the city update stated. The only work remaining is minor punch list items.

The asbestos removal subcontractor completed asbestos mitigation this week, and the contractor is expected to begin demolition of the building next week.