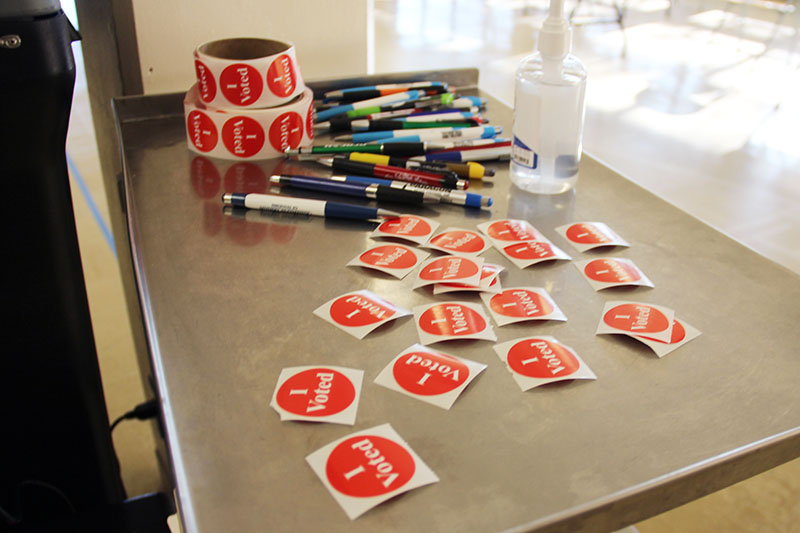 "I voted" stickers are ready to be handed out to voters after turning in their ballots at United Methodist Church in November 2021. Sarah Stultz/Albert Lea Tribune

Voters approved the renewal of the Albert Lea Area Schools referendum by a nearly two to one margin Tuesday.

“I’m just happy the community supported us with such a large majority,” said district Superintendent Mike Funk. “It just shows the faith they have in the district even during these difficult and challenging times. I’m pleased for the kids.

“The turnout was more positive than I thought we were going to have.”

Of the nine polling locations, only one reported results that voted against the renewal. The Hollandale voting location, which represented the city of Hollandale, as well as Geneva, Newry, Moscow and Riceland townships, reported 84 votes in favor and 98 votes against.

The referendum generates around $2 million each year for operations within the district, equating to $580.99 per pupil. Before the vote, it had been set to expire at the end of the year.

In total, 3,660 people cast their vote in the election. According to Jennifer Walsh, the district’s executive director of finance and operations, the turnout was over 1,000 more than the turnout in the 2018 special election.

“I think this will make our staff feel good about the community support,” Walsh said.

In 2020, the district failed to pass a referendum increase that would have raised the operating levy to $714.67 per student by a margin of 36.4% in favor to 63.6% voting against. The district utilized COVID-19 relief funds from the state to cover some of the expenses that were asked in the proposed 2020 increase, allowing the district to ask for only a renewal of its current referendum during this election cycle.

The following are unofficial results: