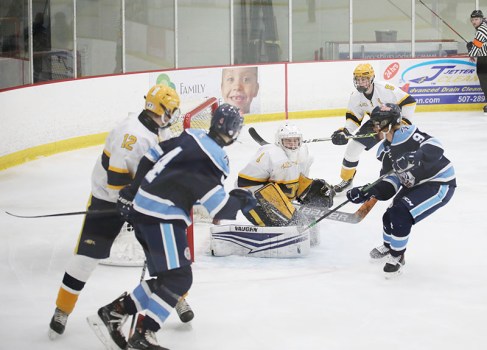 Albert Lea's Jack Ladlie punches in a goal Tuesday night in the game against Bloomington Kennedy. The Tigers won 5-1. Kelly Hendrickson/for the Tribune 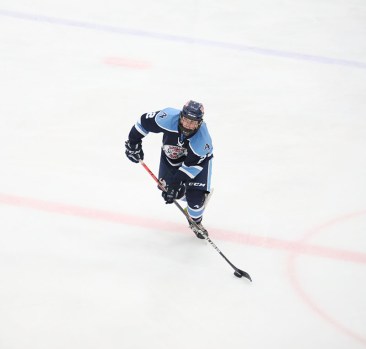 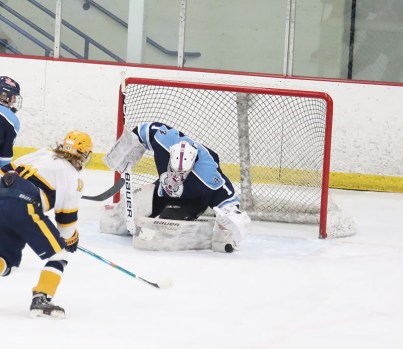 The Albert Lea boys’ hockey team picked up a win against Bloomington Kennedy Tuesday night after a short break for the holiday season.

The Tigers scored four straight in the first two periods before giving up one goal to the Eagles in the third. The Tigers added another goal late in the game, pulling away to earn a 5-1 win.

The Tigers improve to 5-2 on the season and will be back on the ice Monday when they hit the road to take on Windom Area.

The girls’ hockey team did not fare as well, taking on Minnehaha Academy Tuesday night.

The two teams traded goals back-and-forth for much of the game, resulting in an overtime period to determine the winner.

Unfortunately for the Tigers, the Redhawks struck early in the period to seal a 5-4 victory.

The girls’ team moves to 5-7-1 on the season and will be back on the ice Jan. 6 when they host Winona/Cotter.