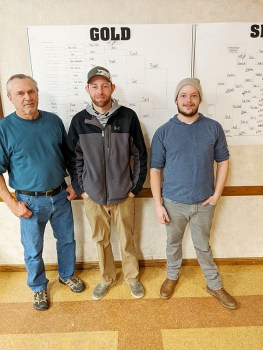 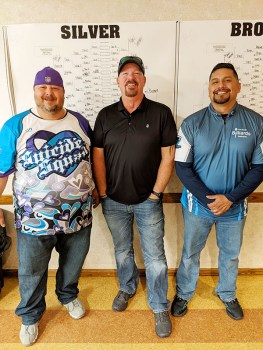 Silver winners from the tournament were, from left, Jeremy Wacek, Brian Beener and Evaristo Guerra. Provided 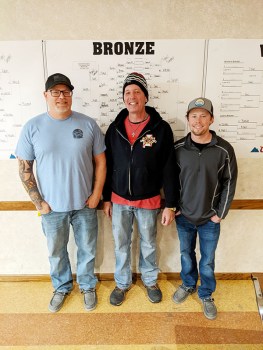 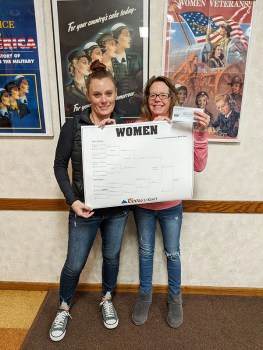 The women winners were, from left, Heidi Gimberline and April Habana. Provided

It was the 19th annual event (2020 was skipped because of the pandemic), and the turnout was good, according to organizers.