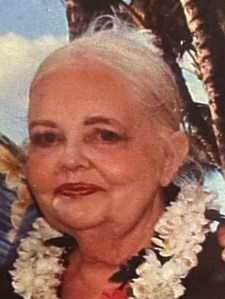 Joyce Carolyn Anderson was born May 18, 1937, in Yankton, South Dakota to Reuben C. and Laura P. (Kelley) Anderson. The family then moved to Akron, Iowa where Joyce grew up and graduated high school.

Joyce was united in marriage to Gary Stribley and together they had 3 children: Natalie, Greg, and Michael. The couple later divorced. Joyce and the children moved to Mason City, IA and it was there that Joyce met and married Eric R. Meyer. To this union their son Eric was born. Eric R. Meyer was killed in an automobile accident in 1975. Sometime later Joyce moved to Albert Lea, MN and was once again united in marriage to John (Jack) Leach in 1980. From this time until Joyce’s passing, she made Albert Lea her home.

Joyce worked many jobs over the years ranging from bookkeeping and sales to relocating motor homes for Winnebago Industries. When she and Jack were married, she enjoyed many years helping in all aspects of Leach Landscaping.

Joyce had a very strong faith and enjoyed various church activities. Above all Joyce loved her family very much.

Joyce was preceded in death by her parents, husbands, Eric and John (Jack), and son Greg Stribley.

Joyce will be laid to rest in a private family service in Sioux City, IA at a later date.

Bless be her memory.