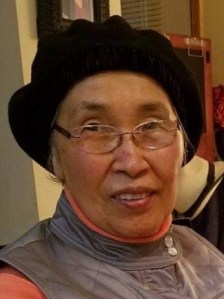 She was born and raised in Incheon, S. Korea to In Shik and Bo Mul Kong. She was the sixth of seven children: 4 boys and 3 girls. After completing her nursing education and briefly working in Seoul, she immigrated to the U.S in her late twenties and worked as an operating room nurse for over 40 years. She worked in Methodist Hospital in Minneapolis and Naeve Hospital Albert Lea Hospital for many years.

She had generous heart and compassion for other people, always reaching out to anyone who was in need. One of her exceptional contributions was to look after over one hundred very young Korean children who came to Minneapolis without their parents in the 1980’s for open heart surgeries. She fed them Korean foods on weekends and would take them out to parks while they were recovering from surgeries. She did this for many years. She was always humble and kind, never boasting of what she was doing for others. On several occasions, she volunteered to work in free medical clinics in South Africa with fellow medical teams and participated in numerous other church charitable events.

One of her hobbies was fishing. During the summer months, she, her husband, and their friends would fish until they could not beat the mosquitos in the Minnesota lakes. She was also a world traveler, visiting Europe, South America, China, Holy Land, and Africa. Her family and many friends will deeply miss her.

She is survived by one young sister and two nieces in Brooklyn Park, MN, and many more nieces and nephews in S. Korea.

Preceding her in death was her husband, Chi Soo “Lenny” Pyun, and five siblings,