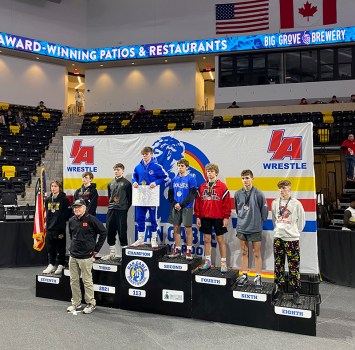 Albert Lea placed 13th in the Dan Gable Donnybrook tournament this weekend. Pictured on the podium is Logan Davis, who placed fourth in the 113-pound weight class. Provided 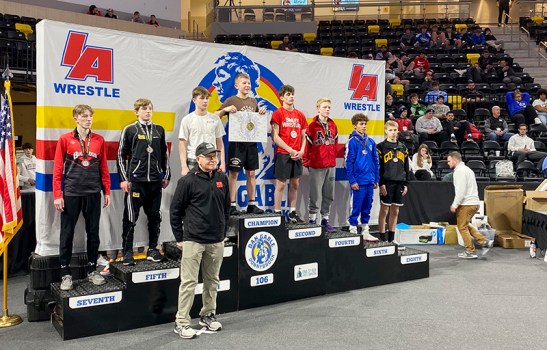 Mike Olson placed fourth in the tournament at 106 pounds. Provided 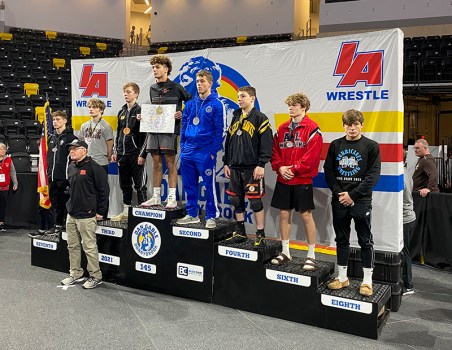 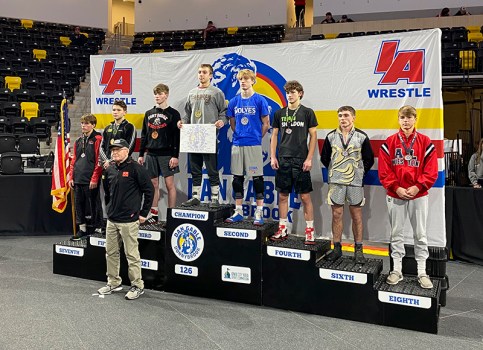 4 make it to the podium at prestigious event

Ten Albert Lea wrestlers made their way to Iowa City over the weekend to compete in the Dan Gable Donnybrook tournament.

Made up of 32 teams, 13 of which are ranked at the national level, the Donnybrook is billed as one of the toughest high school wrestling tournaments in the Midwest. As a team, the Tigers  finished 13th and had four individuals standing on the podium at the end of the tournament.

Cameron Davis won his first two matches with a 50 second pinfall in the first round and a 10-2 major decision in the second. He was defeated in the quarterfinals by pinfall before moving up in the consolation bracket due to an opponent injury. In the fifth-place match, Cameron Davis lost a narrow 6-4 decision.

Also wrestling for the Tigers were Brody Ignaszewski at 120 pounds, Aivin Wasmoen at 132 pounds, Carter Miller at 138 pounds, Triton Cox at 152 pounds, Luke Moller at 170 pounds and Kadin Indrelie at 182 pounds.

The Tigers will be on the mat again this weekend when they hit the road for a tournament in Maple Grove.