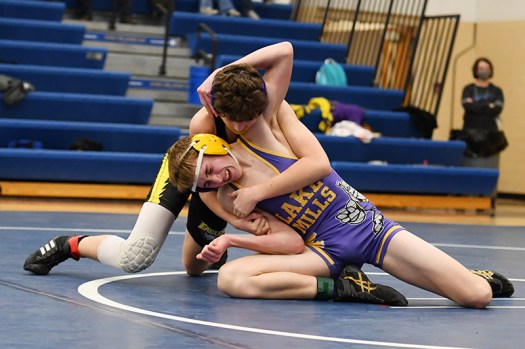 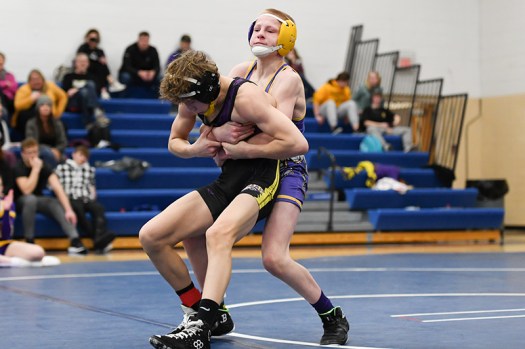 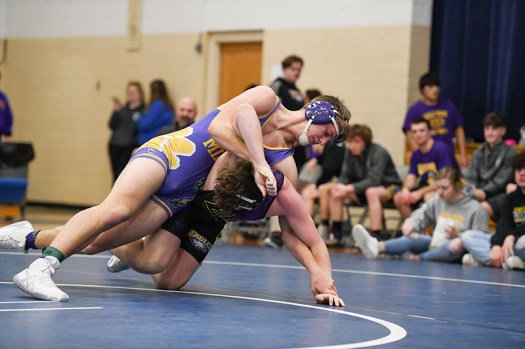 Coming into the night, the Bulldogs were tied in the Top of Iowa Conference standings with Eagle Grove, both having 9-4 conference records.

Lake Mills fell behind the Eagles 22-6 after five matches, but then strung together a streak of 30 straight points. After this run, there was no looking back, and the Bulldogs won 45-34.

“We did not start off very well but then wrestled solid the rest of the way out against Eagle Grove,” said coach Alex Brandenburg. “It was nice to break the tie in the standings, as this was the dual we really focused on winning tonight.”

The TIC finale for Lake Mills was, as usual, against perennial power Osage. Against the second-ranked team in class 2A, the young Bulldogs were out of their league, falling 61-15.

“Realistically, we came into the evening knowing we would be huge favorites in one dual, huge underdogs in another, and one would be a toss up,” Brandenburg said. “We have had great duals against Osage the past ten years but have some work to do to get back to that level in the next few years.”