Connie Corrine (Bridley) Hoyne, 76, passed away on January 11, 2022, at her home in Albert Lea, MN. A Memorial Service will be held in Connie’s memory at a later date at Hillcrest Cemetery. 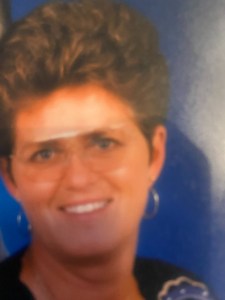 Connie was born in Albert Lea, MN on January 4, 1946, to Orin and Lydia Bridley. She was the eldest of two children. Connie attended Hawthorne Elementary school and Senior High School in Albert Lea.

Connie Bridley and Gary Hoyne were united in marriage in 1962 at First Lutheran Church in Albert Lea. They raised three sons: Clark, Wayne, and Kurt.

Connie loved sports, baseball, football, softball, and hockey. She liked them all. Trapshooting was her favorite sport. She loved to shoot. Connie and her husband and friends would go to Arizona in time to work and shoot trap.

Connie was a member of the American Legion Auxiliary, Minnesota Trap Shooting Association, Amateur Trap Shooting Association and Owatonna Gun Club. Connie was also a member of the Minnesota Ladies Trapshooting Team for thirteen years. In her best year of shooting, 1992, she shot 2,800 registered singles targets and averaged a score of 95.18 out of every 100.

Connie is preceded in death by her parents, Orina and Lydia Bridley; father and mother-in-law, Clifford and Arvilla Hoyne; and brother-in-law, Ron Hoyne.