Duane Ivan Johnson, age 86, of Austin, Minnesota, passed away on January 1, 2022, at his home. Duane was born January 26, 1935, in Steele County, Minnesota, to Ivan and Beatrice (Underdahl) Johnson. He graduated in 1953 from Austin High School. Following graduation, he entered the United States Army serving during the Korean War from 1953 until 1955. Duane married Marlene Schewe in 1954. The couple shared 31 years and were blessed with three sons. On February 4, 1995, he married Elizabeth Johnsrud in Austin. Elizabeth passed away in 1999. Duane worked for 10 years as a master mechanic at Weyerhaeuser. He then began working 11 years as a line worker for Hormel and then for the Owatonna Canning Company as a chief engineer for 3 years. Duane retired in 2000 after working 17 years as a chief engineer for Naeve Hospital, now Mayo Clinic Health System in Albert Lea. On September 29, 2001, he was united in marriage to Shirley (Jensen) Wrolson in Albert Lea, Minnesota. Duane was a member of the Eagle’s Club in Albert Lea, Moscow Lutheran Church, and a past member of the V.F.W. Post 1216. He spent most of his life on the family farm near Austin. Duane loved hunting and fishing, especially on Hickory Lake. One of his favorite pastimes was dancing at the Eagle’s Club. He will be dearly missed by all who knew and loved him. 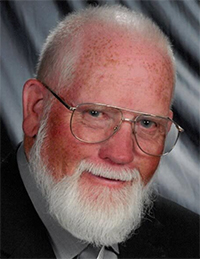 A memorial service will be held at 11:00 a.m. on Friday, January 7, 2022 at Moscow Lutheran Church, rural Austin, Minnesota. Visitation will be held from 10:00-11:00 a.m. at the church on Friday. Interment will be in Moscow Lutheran Cemetery, rural Austin. Memorials are preferred to Moscow Lutheran Church with Military Honors. Special thank you to Mayo Clinic Hospice, granddaughters: Bridgette Trimble and Nicole Christianson. Worlein Funeral Home of Austin is assisting the family with arrangements. Condolences may be expressed to the family online at www.worlein.com.